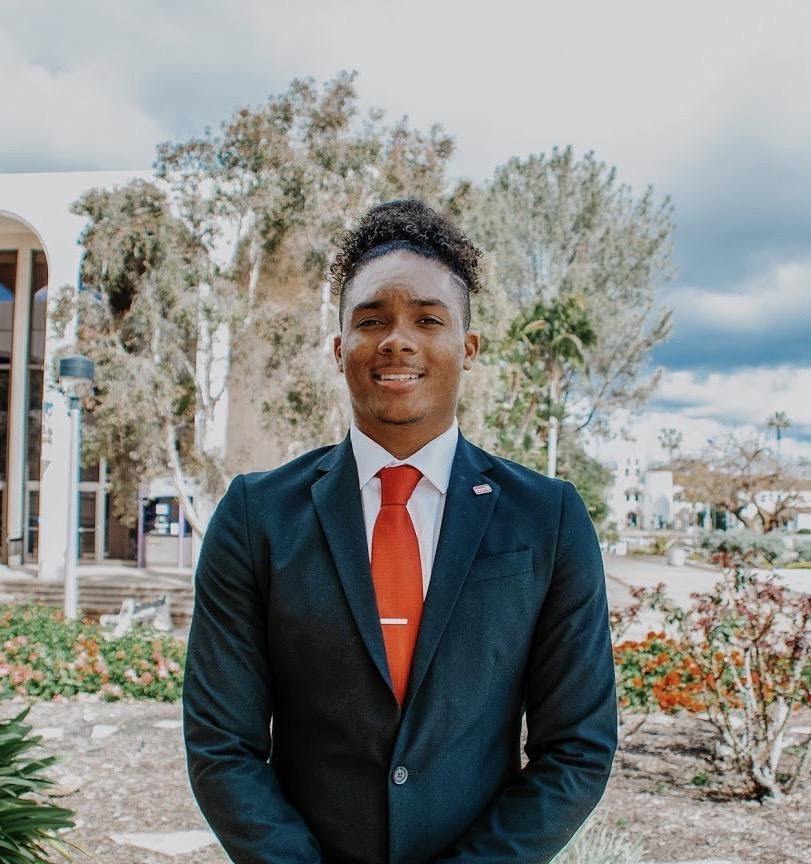 The SDSU 2020 Vision slate claimed victory in the four executive positions it contested in the 2020 Associated Students elections, it was announced Thursday night.

The executive board will consist of five persons of color.

According to election officials, just 9.5% of the San Diego State student body participated in the A.S. election, down over 50% from campus turnout in 2017, when 20% of students voted.

Holt, who ran last year as an independent candidate against current A.S. Executive Vice President Kyla Blaylock, challenged current Interfraternity Council President Steven Plante in a race marred by controversies with both slates regarding the use of old social media accounts and a leaked message containing a homophobic slur.

Holt emerged victorious over Plante by a 1,985 to 908 margin, earning nearly 70% of votes cast for A.S. president.

“We’re trying to bring us into a forward direction,” Holt said. “This was before the coronavirus, we didn’t know this was happening, but even through this, we’re going to lead our campus into better days.”

“I want to give a message to the student body letting you all know that when I picked this team, I picked genuine, driven and passionate leaders who all are capable of their roles and know the information in their roles and registrar of students,” Holt said.

With the 2020-2021 executive board consisting of five persons of color, Holt said diversity was vital to campus.

Another SDSU 2020 Vision candidate, Crystal Sanchez, ran for the office of vice president of university affairs against Sophie Chance.

She said her goal for the upcoming year is to implement the slate’s shared vision for the student body.

“Honestly, I’m so thankful for everyone that believes in our (campaign) and our vision, truely, and our goals for the school,” Sanchez said. “I think the biggest thing now is just making sure that we implement all of that.”

The battle for executive vice president came down to just 125 votes, when Bella Martelino narrowly defeated Ubaldo Martinez by a 1,438 to 1,313 margin.

“I really knew it that it was going to be a close election, I mean both teams campaigned very well,” Martelino said. “But I just had such a belief in my team and I’m so excited that we all got what we wanted.”

“We’re going to serve the school next year in the best way possible, and I think that people really saw that through how we connected and did this online campaign.”

In the race for vice president of financial affairs, Victor Penera defeated David Gamble by a 207 vote margin.

“I’m so proud of my team and everyone for constantly supporting me,” Penera said. “We worked extremely hard for this, so it’s just extremely rewarding. Now we’re just really excited to finally be able to truly implement what our vision was, now we finally have that platform to actually do something.”

Sepulveda II, who ran unopposed for the external relations position, will represent the Serve SDSYOU slate as the only elected candidate on the executive board next fall.

“We’re proud of the work that we did,” Sepulveda II said. “If there’s anything you can’t take away from us, it’s the amount of work we put in to serve the student body.”

Sepulveda II said he was proud to have run with the Serve SDSYOU slate of candidates, who were not available for immediate comment.

“I have no doubt that my slate is going to be fine,” Sepulveda II. “They are incredible student leaders who will find something to do. They have bright futures outside of Associated Students.”

Sepulveda II said he was disappointed at the low student turnout, citing the bitterness of the election and the COVID-19 pandemic in part for the lack of participation.

“Some 3,000 students voted in this election out of 33,000 to 36,000,” he said. “We operate on a budget of $33 million. For perspective, that’s double what the city of Lemon Grove has. Our student population is larger than the city of Imperial Beach … everything we do and everything we provide matters.

“We have influence and impact on the decisions that affect us.”

Election results will be certified by the A.S. Judicial Affairs Council on April 8.