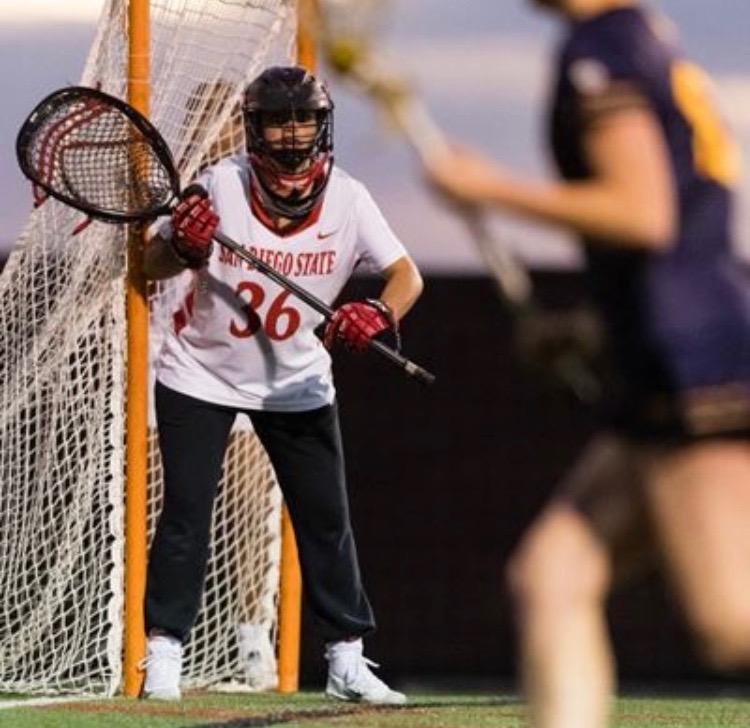 During the Aztecs’ 13-8 victory over the George Mason University Patriots on March 8, Sharretts snagged the all-time program record for career saves.

The nine saves Sharretts tallied against the Patriots brought her career total up to 413 saves – seven more than the previous record of 406.

Not only did Sharretts manage to rewrite the record books, but it was also her third consecutive week grabbing Mountain Pacific Sports Federation Defensive Player of the Week honors.

At the beginning of the season, Sharretts was unaware she was close to breaking the record until head coach Kylee White brought it to her attention.

“As I started to make more saves each game, my coach would come up to me and say, ‘You are close to beating this record, like you have potential’ and I was like, ‘Oh, OK.’ So I guess it made me turn it on,” Sharretts said with laughter. “My teammates definitely helped me make those saves that I was able to see, and with that, I ended up beating the record.”

Sharretts’ run goalkeeping came in just her second year starting. It took her only two years and five games to break the Aztec record.

Sharretts could not have chosen a better time to break it either. Just days later, the NCAA sent shock waves across the college world after it announced that spring sports would be canceled for the remainder of the season due to the coronavirus pandemic.

Thousands of senior players, including Sharretts, may have potentially played their final game ever for their respective universities.

If it’s indeed her final time playing for the Aztecs, Sharretts has built up quite the résumé to reflect upon at San Diego State.

Last spring, Sharretts racked up 192 saves across 18 matches as the Aztecs went on to secure back-to-back conference titles.

In the championship match against the UC Davis Aggies on April 28, 2019, Sharretts set the record for most saves in a match (19) of any goalkeeper to ever don the Scarlet and Black.

“She works hard, she’s fun and willing to take risks,” White said. “The entire goalie squad that I have talk and coach each other. Katy has learned a lot from helping her peers and accepts being able to receive constructive criticism.”

Those 192 saves in 2019 ranked eighth all-time in conference history and most by an Aztec in a single season.

“It’s amazing when you get an athlete that comes in and is already good, but really wants to be amazing,” White said.

White said most college players spend their freshman year learning more about the game, especially after they go through an entire season.

Sharretts chose to redshirt in her first season while sitting behind former goalkeepers Katrina Reeves and Katie Merritt. White said that allowed Sharretts to become a more mature and knowledgeable player at the position.

“That was an awesome trio that we had,” White said. “They were so fun and (Sharretts) came in learning while figuring out what our team needed. When it was her time to be the main goalie, she was ready to step in.”

Sharretts, a two-time All-MPSF selection and MPSF All-Tournament selection, holds the top two all-time spots in Aztec history for best save percentage in a season (.467 and .461).

There’s a general consensus going around the Aztecs that Sharretts has without a doubt received the title of G.O.A.T. status — or more commonly known as the “greatest of all time.”

But as much as the accolades speak for themselves, White explained people should know Sharretts is not just a great goalkeeper but a wonderful person too.

“What we love about Katy is not just her ability to stop the ball but she is probably everyone’s favorite person on the team,” White said.

Sharretts was raised in Bel Air, Maryland by her two parents, who were each student-athletes for lacrosse and swimming at Salisbury University.

Lacrosse has been a part of Sharretts’ life since she was five years old, originally playing at the midfield position.

One season while on her youth team, the goalkeeper got injured. With Sharretts stepping up to try out the position, she fell in love with it.

The rest was history.

Sharretts said she chose SDSU because of the culture instilled within the program amongst players and coaches, along with the city’s refreshing weather.

Even after spending five seasons with the Aztecs, Sharretts wishes she could play forever.

“I mean, this is all I know. I feel like everyone else has had an advantage in getting to do things that’s not lacrosse related, but I feel like I’d want to do this forever,” Sharretts said. “It’s just so fun in having a team and a family that’s like an automatic win.”

The NCAA Division I council announced on March 30 it would grant eligibility relief for spring sport athletes affected by COVID-19, but it’s still as clear as mud whether players will choose to stay another year.

During these unprecedented times, Sharretts, like many other Division I athletes, will weigh their options and make a decision when the time is right.

Sharretts said lacrosse will continue to be a major part of her life. Her teammates and coaches have expressed that she has a future in the coaching aspect of the game.

“She would be an amazing coach because she relates to everyone. She has a demeanor that she knows how to communicate to her peers,” White said. “She cares so much about what the sport means and what team means. Sometimes people come to college and just play in this sport but that’s not just what Katy did. She’s all in with how you treat each other, following rules and working hard every day.” 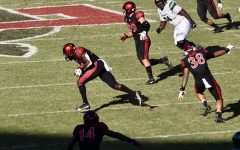 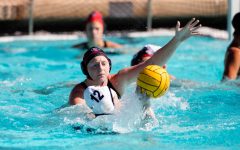 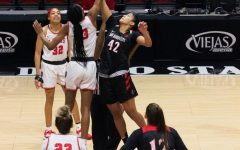 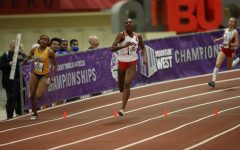 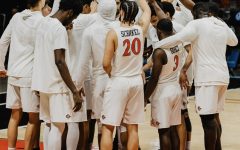