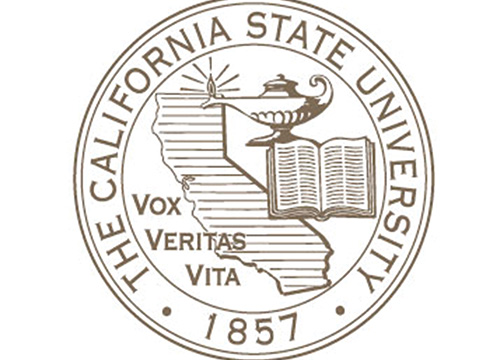 Orlando Mayorquin, The Sundial— The California State University Board of Trustees voted 13-5 to pass a measure to establish a CSU systemwide ethnic studies and social justice requirement starting in the 2023-2024 academic year. The measure is the CSU’s alternative to AB 1460 and is widely opposed by the CSU’s ethnic studies community.

The measure makes amends for the state’s Title 5 Code of Regulation — to require undergraduate students to take a three-unit lower-division course — “in study designed to understand ethnic studies and social justice.”

Opponents of the proposal from the CSU’s ethnic studies community say it is a “watered-down version” of the ethnic studies requirement outlined in AB 1460, because it broadens the requirement to include courses on other oppressed groups and conceivably allows for a student to graduate without taking an ethnic studies course as defined in the assembly bill.

“How the board can look at anyone with a straight face and say that an Ethnic Studies requirement can be fulfilled without ever having to take a course in Ethnic Studies is beyond believable,” read a statement from the California Faculty Association following the vote.

The CSU Council of Ethnic Studies and other experts in the discipline were not properly consulted in crafting the CSU’s proposal, according to the statement released by the CFA. The statement called the lack of consultation a “potent and real example of how systemic racism works in the CSU.”

Chancellor Timothy P. White and proponents of the CSU’s proposal say it allows students more choice and is more inclusive than AB 1460, because it expands the requirement to include courses on other groups like Muslims or the LGBTQ community. He championed the proposal as a historic marker of progress.

“It will empower our students to meet this moment in our nation’s history, giving them the knowledge, broad perspectives and skills needed to solve society’s most pressing problems. And it will further strengthen the value of a CSU degree,” White said.

White and trustees in support of the proposal were critical of AB 1460, arguing that the bill would set a precedent for the government to dictate the CSU’s curriculum. The chancellor also spoke and voted against a motion to postpone the vote on the proposal until the next board meeting in September. They believe a delay on the vote would guarantee that Newsom would sign AB 1460 into law in the coming weeks.

It is unclear what action the CSU will take if Newsom, who is expected to make the decision in the coming weeks, signs AB 1460 into law.

Not all professors at SDSU support the addition of an Ethnic Studies requirement.

Dr. Peter Herman, an English and Comparative Literature professor at SDSU, said limiting the scope of an Ethnic Studies requirement to only four groups actually limits the diversity that many are trying to achieve.

Herman added that the adoption of legislature into course requirements sets a dangerous precedent, as the degree of specificity within the requirement is greater than that of previous legislative interferences.

“Imagine if the California Legislature suddenly gets a Republican majority,” he said. “They then decide, ‘We’re going to get rid of all the silly left-wing historians, what do we need literature professors and the humanities for? We are going to only support STEM’. Once we have allowed the legislature to mandate a curricular matter, what argument do we have? The door is opened to that kind of change.”

Herman said the requirement was also “not very well thought out”.

“Who is going to teach these classes?” he said. “Are they going to tenure-track professors? How are we going to fulfill this if there’s a massive hiring freeze, which there is.”

Although Herman said he was understanding of the university’s desire to take action on behalf of its diverse population, he also said he believed the true solution was much simpler.

“I suppose what it comes down to is just, don’t be a dick,” he said. “You do your best to make sure all students feel welcome, and I really mean all students. At the same time you can’t ignore some of the less-savory aspects of western history. You try to give a full and complete picture of what you’re talking about. You include the bad with the good and the good with the bad.”