Opinion: Aztec Stadium will bring school spirit back to SDSU 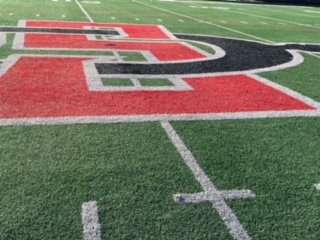 Beginning in fall 2022, San Diego State will begin playing its football games at Aztec Stadium, a sleek and modern 35,000 seat facility that will be the hub of a larger development consisting of restaurants, hotels and parks.

According to the Aztec Stadium website, SDSU expects the addition of a brand new stadium will not only bring more students to SDSU, but it will serve as the renaissance that the Aztecs have long needed, setting in motion a new culture of collegiate football.

For over 50 seasons, the Aztecs football team has played in the decrepit SDCCU Stadium, formerly known as Qualcomm Stadium, roughly 15 minutes away from campus in Mission Valley.

Despite its 54,000 seat occupancy (nearly 70,000 for professional football), the average attendance for football games in 2019 was just over 29,000 fans. There is no surprise nearly 30,000 fans attended games, but the impact of these fans is less evident when they are spread out in an NFL sized stadium.

Attending Aztec football games at SDCCU Stadium was clearly not a priority for students. During my freshman year, I attended only one football game and was disappointed at the lack of students attending the game, most of whom left at halftime. From my experience, the student section was only about half full, and no one stood or cheered throughout the entire game.

College football thrives on vibrant and upbeat atmospheres on gamedays, but the massive concrete maze of SDCCU Stadium did not provide that. SDCCU stadium was only filling up half of its seats, which creates a quiet and unexciting environment.

There are numerous factors that contribute to the lack of student enthusiasm for attending football games. The old stadium suffered from poor audio quality, which is attributable to its awkward shape and architecture. Fans are also further from the field than they should be, a feature of it being both a football and baseball venue. These factors are only some that are exacerbated by the emptiness that can be felt when attending an SDSU football game.

The SDSU football team is at a disadvantage for a couple of reasons when it comes to the excitement surrounding the program. Unlike small college towns where the university acts as the center of the city, SDSU is merely just a part of the larger San Diego metropolitan area. SDSU football is not a priority to students and alumni because there is simply so much else to focus on in the city. In college towns home to large, public universities Saturday football games can feel like the premier events of the entire school year. On a fall Saturday on campus in San Diego, one could spend an entire day around other students and never hear anything about a football game.

Hopefully, the new stadium will change the way students, as well as potential recruits, view SDSU’s football program. SDSU students witnessed the men’s basketball team succeed last year when they were ranked as high as No. 3 in several national polls. Why can’t Aztec football do the same? A new stadium with state-of-the-art facilities will entice more elite recruits, leading to a more competitive team.

I spent many Saturdays growing up in Pullman, Washington, where the entire Washington State campus – both students and alumni – would congregate eating and drinking before and after the game. Fortunately, SDSU’s investment in a new stadium will be well worth it for students. A likely better team and improved environment both in and around the new facility will bring a rebirth to students proudly cheering for their football team. The new stadium will only be two trolley stops away from SDSU’s main campus, giving students an affordable option to get to and from the game, decreasing the chances of drunk driving.

Aztec Stadium will reinvigorate school spirit on campus and specifically excitement for the football team. This would bring increased competition and increased endowment due to television deals for games. These funds contribute to endeavors far from the football field, including many of SDSU’s campus improvement projects and academic programs.

SDSU has made the right decision in improving their football team’s home and developing the surrounding area in the Mission Valley. The investment will immediately be seen on the field, along with an improved relationship between students and their Aztec football team. Aztec Stadium will greatly benefit the SDSU community, but its success will be seen most in how it benefits students moving forward.