Good people skills are a sign of effective leadership 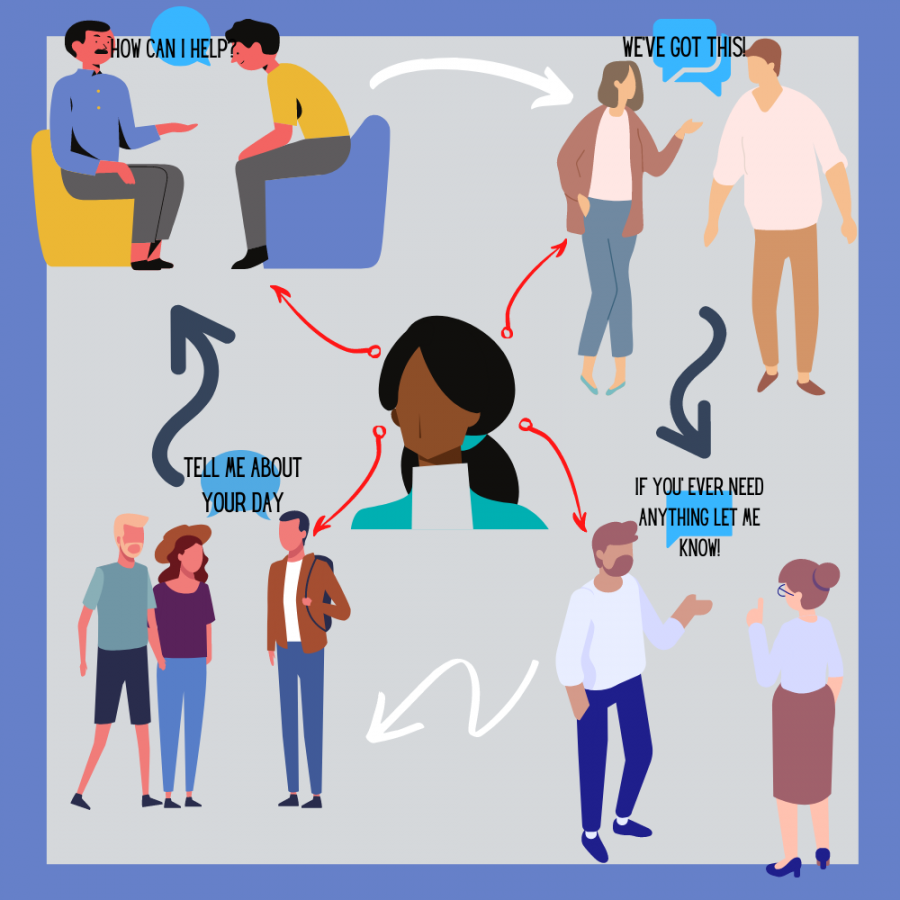 A survey of U.S. adults by Lead2Feed, the nation’s largest free student leadership program, found that 91% of Americans say that students are more successful in school when they are keen to develop their leadership skills outside the classroom.

With that being said, leadership isn’t confined to corporate capacities. Leadership can be found on college campuses in a plethora of broad organizations from Greek life to cultural associations to theater groups.

However, not everyone is suited to be a leader — even those in leadership positions.

Leadership is not easy and it is something that is refined over time. College is a good place to explore and begin to dip your toes into viable leadership roles. Stepping into a leadership role can help you discover your strengths and weaknesses before you dive into the workplace.

From my time spent in leadership positions amid my academic career, I have found some of the best leaders are individuals who are more comfortable and operate best behind the scenes. Their greatest attributes come from within and they exhibit the energy they lead with, attaching it to their ambitions and ultimate vision for their team.

Seeing this demonstrated so seamlessly in a number of influential leaders in my life, I began to ask myself — what if being an efficacious leader isn’t just about having a high degree of productivity but rather concentrating on how to eloquently connect with people from a place of authenticity to ensure a quality performance?

Chad Veach, a leadership expert based in Los Angeles, recently wrote a book called, “Help! I Work With People”, focusing on leadership, effective communication and developing great people skills. It has been my latest read and has transformed the way I approach leadership. What I thought would be a book about the paramount do’s and don’ts of leadership turned out to be a manual on how to connect with people in order to influence them immensely.

Veach, who has been endorsed by Delta Airlines Chief Executive Ed Bastian, pop culture influencer Kourtney Kardashian and film producer DeVon Franklin, redefines what modern leadership really looks like in both professional and personal environments. He audaciously challenges the outdated belief that you must be feared above respected and work-obsessed to be an effective leader.

Providing readers with concrete facts that are aligned with the mere belief that leadership is not exclusive to corner offices, multi-million dollar budgets or having innovative ideas, Veach’s take on becoming a great leader is just as much about prioritizing self-awareness and people skills as production and performance.

Veach uses modern research and practical principles to encourage readers to tap into their leadership potential regardless of their degree of influence or experience. He believes there are three phases of becoming a quality leader.

The first step to becoming a quality leader is learning to lead the hardest person you will ever be in charge of — yourself. It can be difficult to motivate yourself to get into the right headspace to lead a team of people or to be in charge of a brand, but in “Help! I Work With People”, Veach reinforces you must “know yourself, lead yourself and grow yourself” in order to lead effectively. When you know what you want in addition to what you are passionate about you work vigorously to set goals aligned with your ambitions and accomplish them – resulting in new experiences under your belt and inevitable growth. All of this will come across in the way you lead and the decisions you make on behalf of your team. Leaders who prioritize becoming fluent with themselves are ones who thrive.

The second step to becoming a quality leader is recognizing the power of becoming a people person. From having etiquette at dinner or in a meeting of any kind to what it means to have a good quality conversation, Veach puts it best in his book when he states, “if influence is about people and if you are good at working with people, leadership will often take care of itself. The more you invest in people, the more effective your leadership will be.”

When you begin to make others comfortable around you, they are more likely to feel at ease and will want to follow you. Focusing on genuinely connecting with people first instead of attempting to enlist them instantaneously to represent your brand, or attempting to sell them an idea, service or product, almost always works. If you lead with this motive, your team is sure to succeed.

The third and final step to becoming a quality leader is creating a culture and environment where your team’s shared vision can grow. “When you lead a team, you are the catalyst who mobilizes the influencers. You don’t do everything yourself: you empower people to do more than you ever could, thus dramatically increasing your effectiveness,” Veach says.

As a leader, you should always have a “we-over-me” mentality and understand your effectiveness is not necessarily in you but in the team you lead. If you can equip your team to become leaders in their own right by unfailingly and authentically performing to the best of your ability 100% of the time, they will be able to operate at their best and in turn, provide a successful execution of the team’s shared vision.

Understanding what makes today’s leaders successful is more pertinent now than ever. With accessible tools like “Help! I Work With People”, leaders can gain a better understanding of how powerful their influence is and the way they engage with others can go a long way. Veach truly influenced leaders worldwide in writing this book and after reading it, as a leader in many ventures, I have noticed myself expanding in certain areas that will essentially help me to take my team to higher heights.

In the words of Veach, “Learning to lead well is a never-ending process, but if you approach the challenge with courage and a willingness to grow along the way, great influence — and therefore great good — will be the result.”