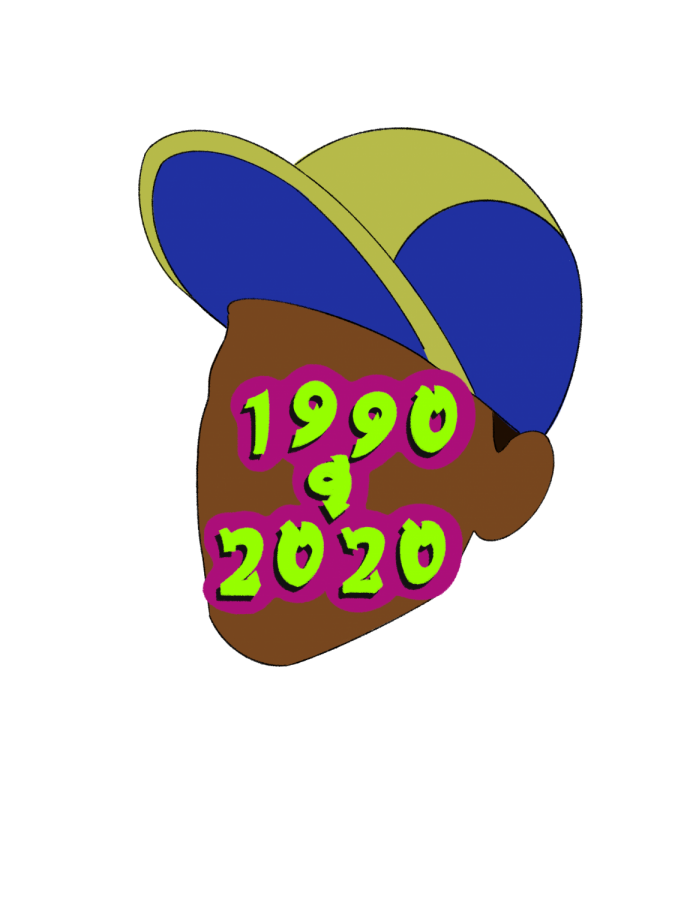 In honor of the groundbreaking series’ 30th anniversary, The Fresh Prince of Bel-Air’s inimitable cast came together for a once-in-a-lifetime special.

Taped on the show’s recreated living room set, this joyous reunion travels down memory lane, focusing on rapper and actor Will Smith’s role as a fictionalized version of himself – sent from West Philadelphia to Bel-Air to live with his wealthy Uncle Phil and his family – and the cultural impact of the trailblazing series’ six-season run.

After six seasons and 30 years later, however, “The Fresh Prince of Bel-Air”, created and produced by Quincy Jones, has done far more than preserve its flavor. The show’s revolutionary fish-out-of-water concept wasn’t new but it was blending hip-hop culture, fashion, humor and attitude that made the show one-of-a-kind. Furthermore, each episode accentuated the normalization of celebrating Black wealth — both internal and external – on television, and delightfully embraced this concept, mostly seen in hip hop music, but rarely ever depicted in mainstream culture.

In the HBO Max reunion on Nov. 19, Smith and the show’s inimitable cast – DJ Jazzy Jeff, Alfonso Ribeiro, Tatyana Ali, Karyn Parsons, Joseph Marcell and Daphne Maxwell Reid come together for an hour of memories and commentary that swing from humorous to sentimental to powerful.

The cast reflects upon their original auditions for the show, the pilot episode, pre-show rituals, the need they felt to speak up in writing rooms to ensure important issues our world was facing during the show’s runtime – especially as Black people – were being written into the show, favorite episodes, and the tear-jerking final week of the show being aired.

“One of the things I’ve been able to recognize in my life is chemistry,” Smith said, truly in awe of the family dynamic he and his fellow castmates were able to create. “That really came alive on the show, the comedic relationship that we were able to develop.”

The intrinsic chemistry between the cast on and off camera – even after 30 years – is truly the component that made the reunion even more exciting and special for fans to experience.

The cast, better known as Jazz, Carlton, Ashley, Hillary, Geoffrey and the “second” Aunt Viv, look as personally connected today as they ever have.

While James Avery, who played beloved Uncle Phil, died in 2013 due to heart complications with open-heart surgery, his presence is strongly felt in this reunion special through a heartfelt montage of clips featuring Avery and each member of the cast.

“People don’t even know when they’re shaping you and forming you and crafting you,” Smith said, explaining the impact Avery had on his life while working on the show. “He knew.”

Each member of the cast made it clear Avery was the heart of the show, but more influentially, he was extremely vocal in ensuring Black history was being incorporated into each episode.

“We knew that he (Avery) knew the answers or could guide folks to the answers.” Maxwell Reid said when talking about Avery, her late television husband, and how great of an impact he had on the show’s expression of Black pride.

“What we do is not for us. It’s not about us. We are here to bring dignity, to represent, to expand, to push forward, and I learned that here at his feet.” Ali, who plays Ashley, the Banks’ youngest daughter, said in remembrance of things she learned from Avery just from working alongside him for six years. “He was my teacher. I learned what it means to be an artist from him.”

The cast took time to celebrate the ways they each decided it was necessary to showcase what the Black experience was truly like.

“The idea that we, as a Black show on TV, one of three at the time, there weren’t really us in the writer’s room.” Riberio, who plays Carlton, the middle Banks’ child, takes pride in being able to contribute to shifting the narrative on television, which resulted in depicting a realistic and positive side of the Black experience. “We were able to share the experience – the real experience – and gave those writers our perspective. We made sure that we were authentic every episode.”

In efforts to be as authentic as possible during the original taping of the show, the cast wanted to connect with the audience. In the reunion, a special montage of clips was shown where the cast – namely Smith – would break the “fourth wall” in certain episodes by looking directly into the camera and make some kind of remark to the viewers.

“We changed the way sitcoms were shot,” Ribeiro said referring to how the original show would directly interact with the audience. “Never had those moments been allowed on TV.”

“I always felt like the audience appreciated being let in. Like, you’re watching this and it’s written wink, wink.”

The live studio audience was a vital value to the show. Prior to each episode taping, the casts shared memories from their pre-show rituals and how they would give off energy to engage and excite the people in the audience, making it a show in itself.

“People would come to the taping like they were going to the club and it was a full-on experience,” Smith said.

“Will kind of brought the energy we had in music to the show, that crowd participation,” DJ Jazzy Jeff, who played Jazz on the show, and Smith’s DJ when they were a part of the award-winning rap duo Fresh Prince and Jazzy Jeff, said while recalling pre-show rituals.

Ross Badgley who plays Nicky, the youngest Banks son, also made an appearance later in the reunion.

“The recreation of the set is incredible,” Badgley said, indulging in the ambiance of reunited with his former television family. “I feel like a kid again.”

Additionally, Janet Hubert, who fans call “The OG Aunt Viv” made a special appearance. She walked the show after three seasons after hearing she would receive a salary cut and was replaced by Reid. The reunion features a heartfelt and apologetic conversation between Smith and Hubert, who hadn’t spoken in 27 years.

While fans tuned in to dwell on the past alongside the cast, this conversation was one well-anticipated and might have been the highlight of the show.

“I couldn’t celebrate 30 years of ‘Fresh Prince’ without finding a way to celebrate Janet,” Smith emphasized. “There was a certain foundational element that was broken when Janet left.”

Over the years, there has been much speculation about what transpired in regards to the situation involving Hubert leaving the show, as well as what went down between Hubert and Smith since her departure decades after the show’s ending.

However, things were cleared up in this conversation between Hubert and Smith. Tears were shed, reconciliation happened and fortunately, she was able to meet with the rest of the cast.

“I didn’t come here to have animosity, I came here to resolve, ‘cause it’s time,” Hubert said, hoping fans and the cast can fully move forward in celebrating the legacy of the show.

“I don’t want to be that guy and talk about understanding and human relationships and then have somebody that I hadn’t spoken to in 27 years,” Smith explained. “I’m so happy that we were able to make that reconciliation, and I hope other people can take something from it.”

Hubert was able to reunite with the rest of the cast, and also met Maxwell Reid for the first time. It was a remarkably historic moment in the history of television sitcoms.

“Seeing Daphne and Janet, my two moms, the two Aunt Vivs come together,” Parsons, who played Hillary, the eldest Banks child, said regarding both of her television mothers meeting each other. “Seeing them meet for the first time and embrace was the most incredible thing.”

Some fans may wonder where actress Nia Long, who played Will Smith’s long-term girlfriend in later seasons of the show, was during the reunion but nevertheless, it did not drill a hole in the original cast coming together to celebrate the legacy of the show.

Fans will not be disappointed in this reunion as it was put together in an extremely special way.

At the very end of the reunion, Smith deemed it appropriate to rap the theme song live, with DJ Jazzy Jeff on the turntables, to celebrate 30 years of “Fresh Prince.” The music quickly transitioned to “It’s Not Unusual”, famously known as “The Carlton Dance” song — where Carlton performs his iconic yet rather eccentric choreography, a massive part of the show’s legacy.

“When we were doing the show, I have to say I always felt like it was just us and the audience that was present,” Parsons said while reflecting on the show’s impact, three decades after the show’s premiere. “I had no sense of millions of viewers beyond that, let alone decades and generations beyond that.”

The cultural impact of the show is incredibly massive and spans over generations. The Black excellence portrayed throughout all six seasons of the show will live on forever — not only through the cast and all those the show has touched but through the shows today that feature Black individuals in a positive light.

“I don’t want it to be mistaken that the excellence part is the wealth,” Ali clarified. “That part is fantasy. The excellence was the way that we loved each other.”

Riberio said the legacy of the show will remain as being a positive impact on the television industry as a whole.

“I think the continuing legacy for ‘Fresh Prince’ will simply be that we changed television in a positive way and that we will go down in history as one of the best to have ever done it,” Ribeiro said.

Smith thanks the cast for making it the most beautiful job and life experience he has ever had.

“It was such a beautiful way to have these memories and to be able to say goodbye to this show and to this section of our lives with dignity,” Smith said.

“The Fresh Prince of Bel-Air Reunion” can be found on HBO Max.