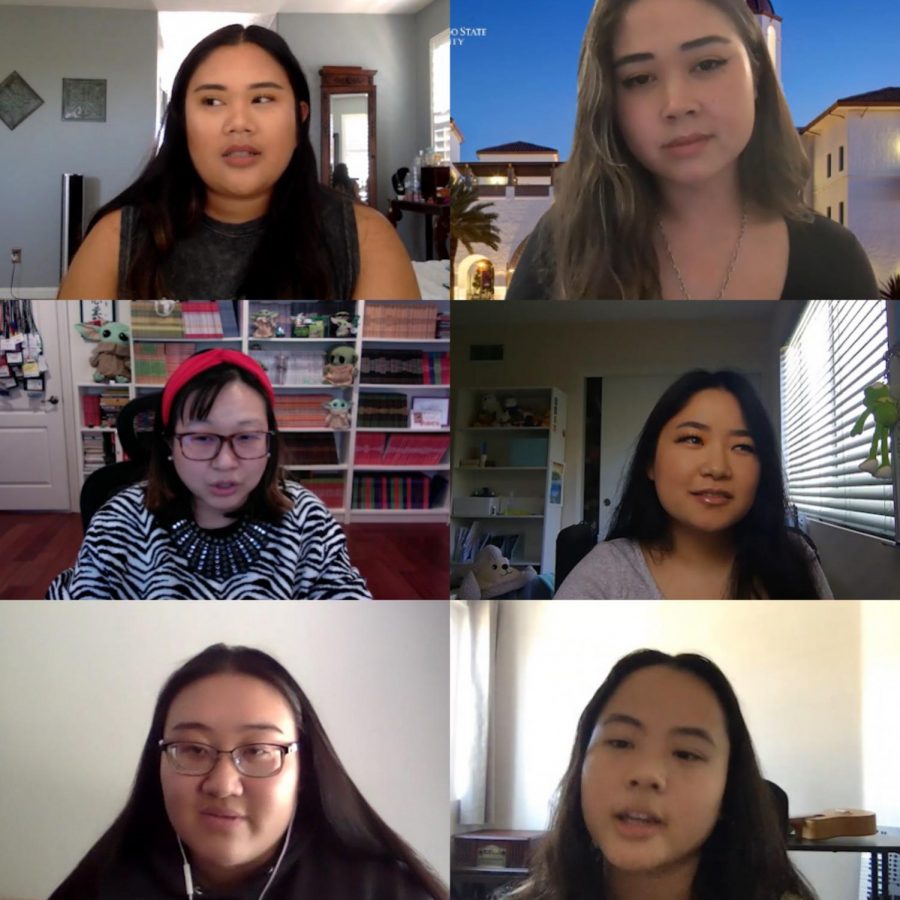 Eight people were gunned down in Atlanta at three spas about a week ago. Six of the victims were women of Asian descent.

Much of the immediate media coverage focused on the suspect’s motivations rather than the victims and those in the Asian American community, even after he was charged with eight counts of murder in connection with the attacks.

Some San Diego State students and faculty recount how this shooting was a breaking point for them after more than a year of increased violence against Asian Americans.

The shooting also led to multiple protests calling to stop Asian hate including one in downtown San Diego on March 20.

How are Asian American women at SDSU responding to the shooting?

“This shooting was definitely the breaking point but I feel like aggression against Asians have been building up for years and years,” public health fifth year Ariel Ramirez said. “After this incident, I think a lot of racism towards Asians won’t be as tolerated.”

Ramirez is a Filipina student whose mother, Nolita Tu-Lao Ramirez, is an SDSU alumna and was the first Filipina ambassador at SDSU back in 1991.

“The shootings on Tuesday hit differently in that, as an APIDA woman myself, I saw myself in the victims,” Director of the Asian Pacific Islander Desi American Center Dr. Virginia Loh-Hagan said. “I am more disturbed by the response. We can’t allow this concept of a ‘bad day’ to justify this.”

A police officer who is no longer a spokesperson on the shooting received a lot of backlash after claiming the murder suspect had “a bad day.”

For Korean-American Student Association President Grace Han, the shootings felt personal because many of the victims looked like familiar faces.

“When I actually saw the picture (of one of the victims), it made me really upset because it looked like somebody I would’ve known,” Han said. “It shouldn’t have gotten to this point in the first place.”

Loh-Hagan also said we can’t allow narratives laced with stereotypes to continue being the main focus and we must stop exploiting and sexualizing APIDA women.

Some have claimed the suspect was trying to suppress his sexual deviancy by shooting these women because they were assumed to be sex workers at the spas.

However, there’s been no evidence these women were sex workers.

Other students are calling for everybody to check their biases.

“Not all spas are mechanisms for sex work, they just have that bad rep, unfortunately,” Co-president of the Vietnamese Student Association Sarah Hoang said. “There are so many intersectionalities here (in the victims) but truly the murderer’s motives are rooted in white supremacy.”

Loh-Hagan emphasized how she wants people to remember the bigger context of this tragedy and to not blame white people for these issues but rather the system that is rooted in white supremacy.

For many Asian American women at SDSU, racism and sexism have always been linked for them and aren’t mutually exclusive.

“They weren’t reporting it as a hate crime and yet six Asian American women were killed,” Associated Students Executive Vice President Bella Martelino said. “I felt disappointed and hurt and a little bit scared because whoever was reporting on the topic and even the police investigating it didn’t see it as what it was.”

What should we all do, allies and Asian Americans, moving forward?

Loh-Hagan said we should educate ourselves on accurate Asian American history and join together across communities to change the system so it benefits all communities.

“A tool of white supremacy is to have oppressed groups fight among themselves so then they have no time to fight against the system,” Loh-Hagan said.

“One of the biggest things we have to do is to hold ourselves accountable,” Pineda said. “Not just ourselves, but everybody around us too.”

Many students are optimistic about the future and the changes they’re seeing at SDSU with more Asian American women stepping into leadership positions.

“Especially this year, it’s pretty powerful that in most of the prominent cultural orgs (on campus), they all have women in their number one seat right now which is the presidency or the chairperson,” Hoang said.

“To quote VSA co-president Sarah Hoang, come for the community and stay for the family,” Loh-Hagan said. “I am thrilled because we are benefitting from APIDA women and our ancestors’ work.”