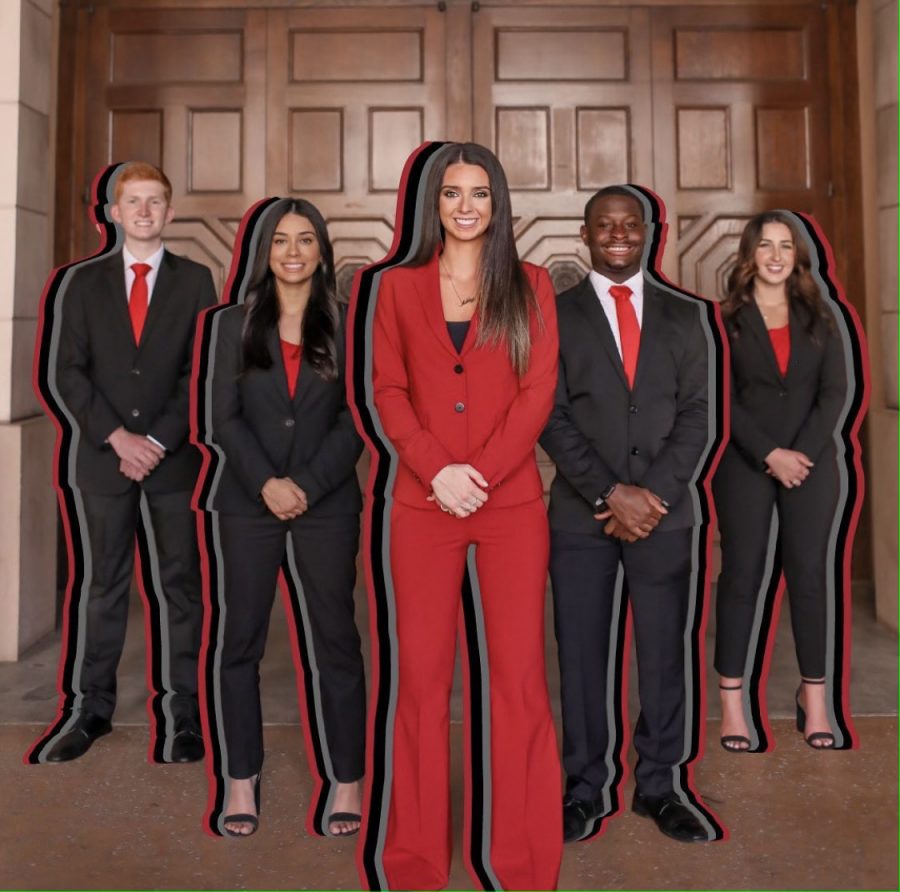 Ashley Tejada and the rest of the SDSU Now slate swept the 2021 Associated Students elections, winning each executive board position.

Tejada will be the ninth female A.S. president since the university auxiliary’s founding in 1921.

After their win was unofficially announced on March 26, the SDSU Now Instagram page released a statement thanking their supporters.

“We cannot thank our supporters enough for empowering us on this journey,” the statement said. “We are humbled and incredibly honored to have been elected to all executive officer positions. We came in, as a team, realizing the IMMEDIATE ADVOCACY and LASTING IMPACT our student body needs. It is now time to take action, and we are proud to have the privilege to serve the SDSU community. Here is to making change NOW.”

Tejada received 1,497 votes compared to her competitor Bella Martelino who received 1,016 votes even after withdrawing from the race before voting closed due to complaints filed against her in the Elections Committee.

Despite the delay, Tejada is eager to lead, she said.

“It’s really unfortunate that there was a hold up, and it was postponed so many times to get these results approved but, that being said, the passion and overall excitement that we have to get going and really advocate for students has not changed and, if anything, has been amplified throughout this process,” president-elect Ashley Tejada said.

Tejada said the allegations of blackmail, extortion and harassment that were filed against her campaign shortly after the election had no basis and were correctly dropped by the elections committee.

“I believe that elections committee members should make decisions based on facts and evidence, it was very clear when the complaints were filed in regards to the false allegations that it was all hearsay as well as a fabricated story,” Tejada said.

Moving forward in her term as president, Tejada said she hopes to increase voter turnout for SDSU elections as well as make university funds and resources more accessible to students and increase transparency at the university.

Voter turnout was even lower this year than last year, with 9.1% of students participating this year, in comparison to a 9.5% in 2020. This continues the downward trend of student participation which began in 2017, when 20% of students took part in AS elections.

“It is still important for us to recognize the needs of the student body and those have stayed the same throughout (this) entire time,” Tejada said. “We want to make sure that we are not thinking of what we want, as ourselves, moving forward but, how we can best represent the student voice in the student body.”