Naomi Osaka’s decision to protect mental health should be applauded, not condemned 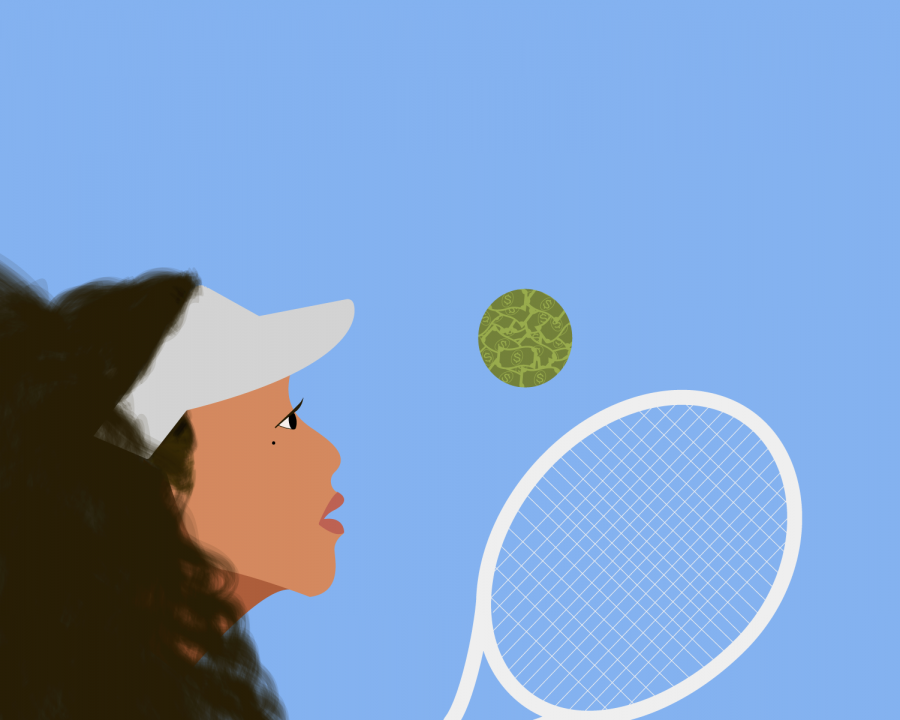 “The French Open’s decision to antagonize Osaka and double down on their decision-making goes to show how little these establishments care about their players. If any of these sports leagues had an unofficial motto, it’d either be ‘records over recovery’ or ‘profits until perishment.”
Post-game press conferences in sports are meaningless. They exist merely as a formality — a media snapshot to sum up what just transpired and elucidates the atmosphere immediately following a match.

Are they beneficial for the journalists asking questions? No. Or the athletes receiving them? Also, no.

For athletes, it’s another hurdle to overcome in order to maintain their recognizable status. Being placed under this intense magnifying glass fresh out of a match is a necessary evil to keep playing the sport they love. Meanwhile, the journalists who are keeping them company are unable to ask the in-depth questions they desire or have any precious one-on-one time. As a result, rather than a meaningful back-and-forth, press conferences typically rehash lazy and unoriginal questions in a very bland way.

Naomi Osaka has been a professional tennis player since she was 16 years old. She has followed in the same vein as her idol Serena Williams, another tennis prodigy-turned Grand Slam-winning superstar and is unanimously viewed as the future of tennis. Osaka is currently the number two woman tennis player in the world, as well as the highest-paid female athlete in the world. Her impressive trophy collection includes four Grand Slam singles titles along with a trio of WTA titles. To legitimately question her heart and ferocity would be foolish.

Last month, Osaka announced that she would forego her press conference obligations for June’s French Open, citing the preservation of her mental health. Even with valid reasoning, any tennis player who refuses to attend these mandated conferences faces up to $20,000 in fines. For her decision, Osaka was fined $15,000 and threatened with removal from the tournament by the French Tennis Federation. The next day, Osaka swiftly called their bluff and completely withdrew from the French Open.

In the statement announcing her decision to step back from tennis indefinitely, Osaka revealed how she’s dealt with “long bouts of depression” since participating in the 2018 U.S. Open. She also opened up about her attempts to quell her social anxiety and how press conferences still make her anxious. This isn’t the first time Osaka has mentioned her shyness, but it is the first time she’s mentioned dealing with depression, something that shouldn’t be taken lightly.

Throughout her time as a professional, Osaka has received tons of undesirable attention from critics and as someone of Japanese and Haitian descent, including questions that nobody would dare ask a white athlete of her caliber. Last summer, Osaka had been wearing masks with the names of police brutality victims to encourage further conversation in favor of the Black Lives Matter Movement. During a post-match interview, ESPN tennis analyst Rennae Stubbs told Osaka she had been anticipating the next masks Osaka would wear saying she “Can’t wait for that next mask.” Now, I don’t have to tell you how this statement is tone-deaf but this is just a single example. It doesn’t even begin to mention the times she’s been implored to speak in Japanese by reporters or fielded sexist questions about her last name.

Osaka’s statement specifically mentioned how the 2018 US Open Final left a negative impact on her health. It was the first Grand Slam final appearance of her young career and she was slated to face Serena Williams. It should’ve been a changing-of-the-guard match that demonstrated two of tennis’s greatest talents, but it became an event mired in controversy that included umpire Carlos Ramos penalizing Williams three times for various infractions. The crowd’s support of Williams along with what was happening on the court created an intense, hostile atmosphere that took a toll on both Williams and Osaka.

At the post-match trophy ceremony, the crowd mercilessly booed Osaka forcing Williams to grab the microphone and verbally calm them down. Osaka eventually received her trophy and while fighting back tears said, “I know everyone was cheering for her, and I’m sorry it had to end like this.” Now imagine winning a match against your favorite player at just 20 years old and you’re getting relentlessly booed to the point that your idol has to step in. Not to mention that the match was incredibly frustrating as is. It’s just a horrific situation all around.

Days after the match, the reaction was just as fierce. Williams’s behavior was perceived as hot-headed, aggressive and unbecoming of someone of her legendary status. It’s necessary to point out that this same type of chaos was praised when it came to male tennis legend John McEnroe, someone considered to be one of the best American players ever. Besides his tennis skill, McEnroe was known (and celebrated) for his loud personality and distasteful antics, which shows a double standard. The aggression that came with McEnroe made him into a well-beloved figure, but anytime Williams expresses her frustrations she’s painted as a villain, which is precisely what happened here.

Black female tennis players are constantly fighting a war of acceptance and in nearly every situation imaginable they are pitted against each other. Something as little as raising their voice creates an entire brouhaha, and they are perceived as an aggressive threat. A shameful Australian newspaper comic drawn by cartoonist Mark Knight carried out this narrative by portraying Williams as a barbaric, incessant baby and Osaka as frail and docile. Not only that but it depicted Osaka as a white woman with blonde hair. Since Osaka was calmer and reserved in the match, she was regarded as white — a supposedly desirable quality associated with goodness and reason. This distinction erases Osaka’s blackness while simultaneously dehumanizing Williams for showing emotion.

Tennis has always been a demanding sport, owing to its monarchical origins as a sport for socialites and country club types. The French Open’s decision to antagonize Osaka and double down on their decision-making goes to show how little these establishments care about their players. If any of these sports leagues had an unofficial motto, it’d either be “records over recovery” or “profits until perishment.” It is a system that solely views athletes as marketable tools used for exploitation. Within this system, revenue loss is handled with greater care than player health. The heartless leadership practices ensure athletes are treated as disposable — ready to be replaced by the next big thing and then branded as “difficult” when they demand fair treatment. They are rarely treated as real people with actual feelings.

For athletes, mental health is not something public figures are supposed to openly talk about. Its mention is always taboo and because of this, the backlash Osaka has received for her decision has been unsurprising. There are always people who wrongfully associate mental health awareness with athletic weakness and a lack of dedication. Of course, none of Osaka’s doubters ever like to mention how she’s never been afraid to speak her mind while still performing at the highest level. Last year, she was one of the most visible athletes supporting Black Lives Matter and has poked at the archaic tennis establishment multiple times by questioning why the sport is so outdated. Osaka also has to put up with an incalculable wave of backlash that is often carried out through racism and sexism. She has always gone above and beyond what was required of her.

Last week, Osaka announced her intention to also abstain from Wimbledon and is planning on returning to the court in July for the Tokyo Olympics where she will represent Japan. Regardless, whatever she needs to do for herself should be encouraged and not questioned. It’s about time an athlete refused to deal with this suffocating treatment anymore. More power to her.