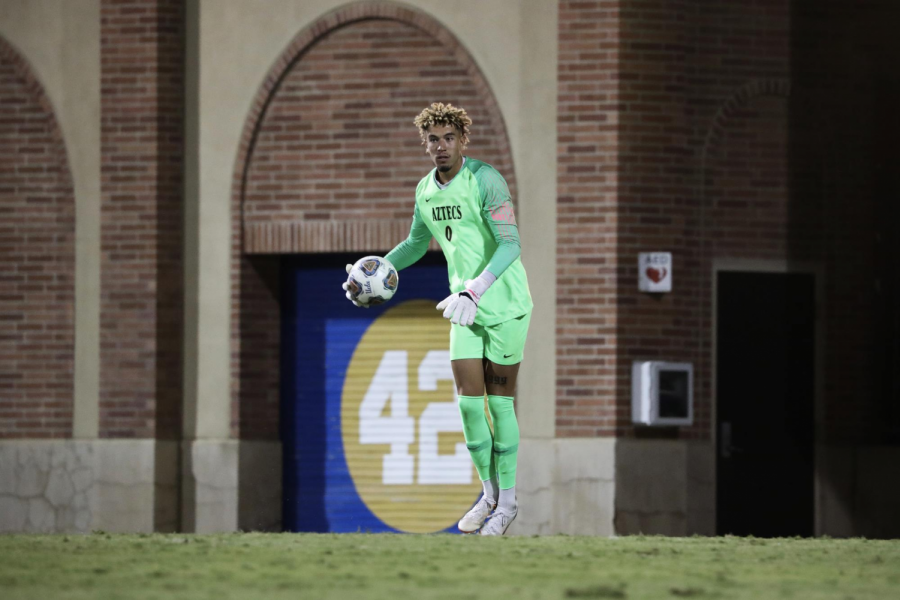 The Aztecs entered Friday evening’s game off the back of their first two losses of the season against No. 2 Washington and then-No. 13 Oregon State.

SDSU failed to score in both games, falling 1-0 to Washington in overtime and 2-0 to Oregon State.

The Bruins also entered this game off the back of two losses, coincidently, against the same teams.

The Bruins suffered a tough 4-3 defeat to OSU after leading 3-1 in the second half and then fell to Washington 2-1 after conceding two goals in the final seven minutes of the match.

Both halves of this match were filled with end-to-end foot-play. The Bruins were the team making the most noise but the Aztecs still posed a threat to the Bruin defense on the counter-attack with quick passes and movement up the field.

Regulation featured 13 fouls and six yellow cards with the majority of both belonging to the Aztecs.

Despite the physicality, the referee let both teams play past debatable fouls as both the Aztecs and Bruins made multiple requests for possible penalty kicks.

After 90 minutes, the game would end scoreless with the Bruins taking 12 shots at SDSU sophomore goalkeeper Jacob Castro, while the Aztecs trailed with just six shots of their own.

Overtime would be needed to decide an outcome.

In the first six minutes of overtime, the Bruins would have the two best chances of the game.

The first came from a header by Bruins freshman Pietro Grassi off a free kick by sophomore Tommy Silva that was met with a brilliant flying save by Castro. The second shot came from a shot right in front of the goal by redshirt freshman Jose Contell that was again stopped by a diving save from Castro.

In the seventh minute of overtime, the game-winning goal was scored as Bruins junior Riley Firch played a through ball into the path of redshirt freshman Tucker Lepley, who slotted the ball into the bottom right corner of Castro’s goal.

In spite of the result, this game marked the Aztecs’ 10th game holding the opponent’s scoreless in the first-half out of 11 matches this season, with the only first-half goals coming in the 2-0 defeat at OSU.

The Aztec defense has remained consistent throughout the season, forcing six overtimes already — the most since the 2016 season where the Aztecs went to overtime 10 times out of their 19 matches.

With no goals in the last three games, the Aztecs will look to reignite their offense on Friday, Oct. 15 when they play the University of San Diego at Torero Stadium at 7:30 p.m.