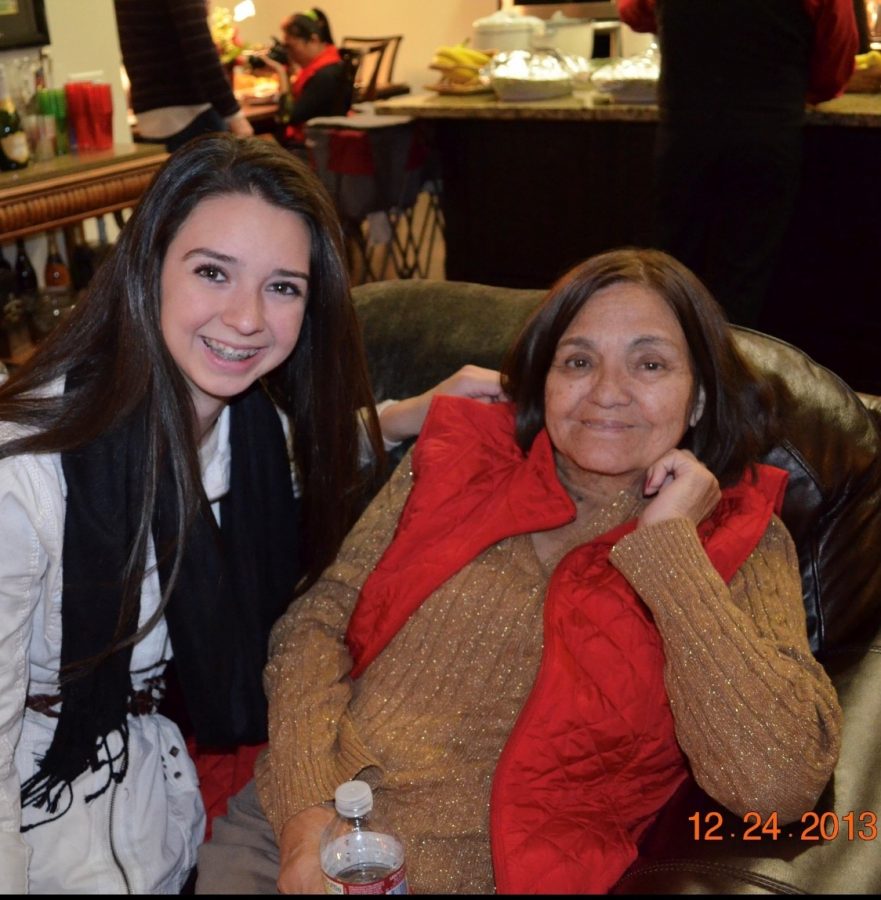 Associated Students President Ashley Tejada said she is inspired to lead by the stories from her Peruvian grandparents.

Associated Students President Ashley Tejada is the ninth woman to represent over 33,000 students that make up the San Diego State student body since 1921. She said it’s her Peruvian heritage that guides her in the role.

Tejada said her first months as A.S. President were busy. SDSU students have returned and are still getting accustomed to in-person classes. A proposed controversial University Senate resolution sparked student outrage and opposition across campus. But during this period of adjustment on campus, Tejada said she remembers the stories from her Peruvian grandparents as her motivation to lead.

During the over 3,000 mile flight from Lima, Peru to the United States, a propeller of the plane carrying Tejada’s grandparents failed.

Tejada said the plane flew tilted in the air throughout the entire flight and metaphorically represented the journey it took for her grandparents to get to America.

“It was a ride of fear and adversity,” Tejada said.

“It was such a monumental endeavor for them. And really just creating that legacy, my grandmother brought over her seven other siblings,” Tejada said.

As Tejada navigates decision making in her role as president she said it’s all about her roots.

“My grandmother was a very strong woman in leadership,” Tejada said. “That is something that I want to continue to live on.”

Going out and connecting to other students of color within student leadership on campus is one of Tejada’s priorities.

“Being in this role as a woman of color, also seeing others across campus, not just in A.S., being within their respective roles as well and the adversity they face,” Tejada said. “It’s important to myself to use the lessons from my family setting and carry it into this role.”

Tejada’s family lives in Corona, California so she said she drives home for birthdays and family celebrations. The proximity also means she gets to enjoy her favorite Peruvian dish, Lomo Saltado. The popular Peruvian dish features steak, french fries, tomatoes, onions and rice.

“My favorite part about Peruvian dishes is that there’s no such thing as too many carbs,” Tejada said.

Tejada is looking ahead to achieving the priorities of her administration, which include the message of community.

“We noticed over COVID, virtual learning was not easy for a lot of our students,” Tejada said. “But our retention stayed so high and I believe that’s not because of the academics but because of the community that exists.”

Three weeks into a historic return to in-person classes at SDSU, a University Senate proposal by Cezar Ornatowski, a professor in the College of Arts and Letters sent shockwaves throughout the campus.

The proposal would have provided professors with discretion over the modality of their courses. Although University Senate proposals are not university policy and couldn’t change the modality of courses, students were outraged.

Tejada said she led the student opposition and helped create an online movement against the resolution.

“It really shined light on the fact that at SDSU, students care,” Tejada said. “Being that there were over 300 students on the Zoom, I think that it really just showed that our SDSU students care about every single thing that happens on this campus.”

In preparation for the Sept. 9 senate meeting, Tejada said she compiled a list of speakers representing various campus communities to voice their opposition to the resolution.

“It was the collective group that we all organized and planned for to create that student advocacy and really have it hit home and make an impact,” Tejada said.

The resolution failed in a vote 77-2 but Tejada succeeded in uniting the diverse student body at SDSU and SDSU Imperial Valley.

“You could see in the chat that it was going off the entire time and that’s because our students aren’t just bystanders,” Tejada said.

Tejada sees the unity within the student body displayed during the semester so far and wants students to pay attention to the stories of the Latinx voices on campus.

“In Latinx culture there really is no one definition,” Tejada said. “You have students from Peru, South America, Mexico, there’s such a large array of space and area that encompasses what it means to be Latinx. I’m just really proud and grateful to be in this position and feel that I can lift up the Latinx voice.”