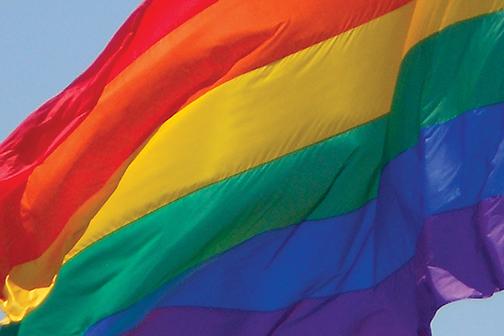 Getting accustomed to a new school as a transfer student may be a difficult experience. For lesbian, gay, bisexual and transgender studies junior Rob Ortiz, the necessary first week of school changes and challenges were added to by another set of stressors: dealing with a university staff that was not prepared to answer the pleas of someone who identifies as a transgender male.

As soon as he read his acceptance letter to San Diego State, Ortiz said he called the Office of the Registrar and asked about the policy of changing a name in unofficial documents. Ortiz has not changed his name or gender legally because of financial constraints, he said. Ortiz prefers his birth name not be revealed in this article.

Ortiz said he hoped to change his name and gender documentation because of the “nerve-racking (experience for a) transgender student to attend class, especially the first day of class, when it means they will be publicly ‘outed’ to the entire classroom as soon as roll is called.”

The Office of the Registrar said there was no policy and denied his request. After the name bid, Ortiz asked how he could change his gender in school documents.

“The registrar had no response; she simply told me she ‘had never been asked’ and simply ‘did not know,” Ortiz said in an email that was shared with various LGBT organizations and Student Affairs administrators on campus.

At transfer student orientation, Ortiz had another request. He said he wished to change his name on his RedID, the SDSU student identification card. During the face-to-face interaction, Ortiz told the admissions employee he was transgender.

“They did the face check, chest glace, then back-to-face thing,” he wrote in the email. “And after about five seconds of awkward silence, the girl that had been helping me [before] said ‘Yeah, that’s OK’”

But, once he arrived to have his picture taken for his RedID, the person in charge of taking pictures told him they couldn’t print an ID without his legal name and denied the card with the name “Rob” on it.

“Unlike other universities, SDSU has no policies in place for transgender students,” Ortiz said.

But, Director of SDSU’s Center for Student Rights and Responsibilities Lee Mintz—who “specifically studies trans students on college campuses”—said the policy might exists, she just doesn’t know where.

Mintz, along with the Associate Vice President for Campus Life Timothy Quinnan, received Ortiz’s email earlier last week. Quinnan said there is an ongoing investigation of the departments involved.

“We’re going to look very closely at the allegations made, and we’re going to be doing an investigation of that; people will meet with this student,” Quinnan said. “This investigation will lead us where we need to be in suggesting how we respond as an institution.”

Director of Student Life & Leadership Randy Timm said for many years issues of lesbian, gay and bisexual people have been addressed and “the ‘T’ needs to be addressed.” As well, he said addressing transgender issues is not isolating them from the LGBT community because the “L, G and B” will still be simultaneously supported.

“When we address trans issues in our community, as a gay man, I will be supported by people addressing trans issues on our campus,” Timm said. “I would feel safer. I would feel like this is a much more inclusive environment.”

Ortiz said he emailed all his professors before school started and they all agreed to adjust his name on their rosters, so when they call roll, they used his preferred named. He will be meeting with Mintz this week. At the time of writing, conversations had been started about facilitating change, but formal statements or actions have yet to be made.