‘Prisoners’ is not an ordinary crime thriller 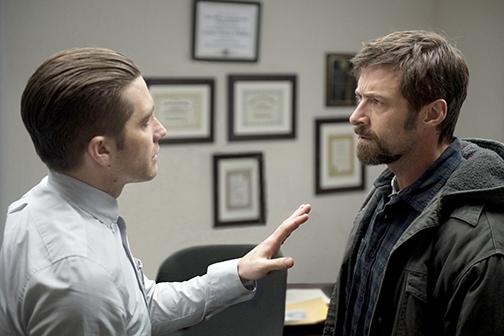 From the beginning, director Denis Villeneuve’s latest film “Prisoners” seems like an ordinary crime story set around a kidnapping. The daughter of Keller Dover (Hugh Jackman) and her friend disappear one Thanksgiving afternoon. Detective Loki (Jake Gyllenhaal) is called to the case and both the family and police search for the missing girls. But when the mysterious Alex Jones (Paul Dano) gets called for questioning as a suspect, the plot starts to get complicated.

Villeneuve works the story in “Prisoners” in a slow, mannered pace than gradually progressing into a zipping narrative full of leads. Many characters and information introduced by Villeneuve only make a vague connection as clues for the case; some do not even present themselves as hints right away. False leads and dead ends are around many corners of this mystery, which set up thrilling anticipation.

Throughout “Prisoners” Jackman’s character Keller, the father of one of the missing girls, plays a strong leading role. At first Keller’s frustration is something to be sympathetic about. Eventually he takes matters in his own hands by abducting the suspicious Alex, who was confirmed innocent by Detective Loki, and begins torturing him for answers. As his madness escalates, Keller constantly challenges the audience to consider whether his brutal actions toward Alex are justified or not. Alex is beaten into a bloody pulp by Keller, and that is only the beginning.

While the growing questions in the film are enticing, Villeneuve bogs down the film by cramming the answers in its last act. Villeneuve uses most of the approximate 150 minutes of “Prisoners” to cleverly build suspense, but he ends up rushing to wrap up the events toward the end. Although the culprit is found and the schemes behind it all somewhat makes sense, the climax is anticlimactic. For a smooth course of a mystery story, the big reveal in “Prisoners” did not quite seem thought-out enough.

Stumbled ending aside, “Prisoners” goes beyond a simple kidnapping thriller by exploring the emotional distress from such a horrible situation. The tale constantly builds on a complicated mystery through the strong performances. It’s not really the answers that matter in Denis Villeneuve’s feature, but what people do to find them.