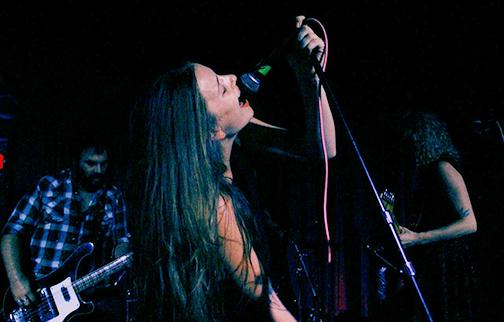 The first day of the 6th annual San Diego Music Thing conference was held at the Sheraton Hotel in Mission Valley on Sept. 13. Different panels and workshops were presented by guest speakers in four separate rooms, all intending to help up-and-coming musicians and managers succeed in the music industry.

The “Dos & Don’ts of Music Distribution” panel covered various digital outlets that aspiring musicians can use to reach a wider audience. One of the more notable websites features was TuneCore, a method of distribution and publishing artists can use to break into big digital markets such as iTunes and Amazon.

YouTube was also emphasized as an important resource. Panelist Timothy Trudeau of Syntax Distribution explained current musicians should look at the YouTube platform “as radio, not video.” Ray Farrell, another panelist and head of U.S. operations for online music service Finetunes, shared methods musicians can use to profit from YouTube. Farrell noted that while YouTube is still a growing market, it will only benefit performers to upload content to share publicly.

The “Management for Emerging Artists: Keys to Success” panel took place in the neighboring room. Four professional managers-Garrett Capone, Isaac Heyman, Josh Terry and Elissa Feiman, answered questions about building success for emerging bands. The big message from this panel was that it’s never too late for aspiring musicians to work toward their dreams. Two important goals were suggested: release worthwhile music and grow a passionate fan base. It sounds simple, but the panelists were all about not sweating the small stuff or thinking too far ahead.

Friday’s featured speaker was Kim Gordon of Sonic Youth, who also performed afterwards with her new band Body/Head. Gordon prepared a speech discussing the changing relationship between the performer and the audience, analyzing what exactly makes a “star” and “performance.” She referenced the crazed persona of Iggy Pop and her past experience from a Public Image Ltd concert back in the 1980s, where the band was seen only as silhouettes. Afterward, Gordon answered questions from fans about her inspirations, work process and her obsession with the TV show “Friday Night Lights.”

Aspiring musicians came prepared to San Diego Music Thing to learn what it takes to succeed in the music industry and meet with those who could help them. Many great questions were asked by the attendees, and hopefully the advice from the panelists will help them take that next great step to success.

Information about San Diego Music Thing can be found at sandiegomusicthing.com.