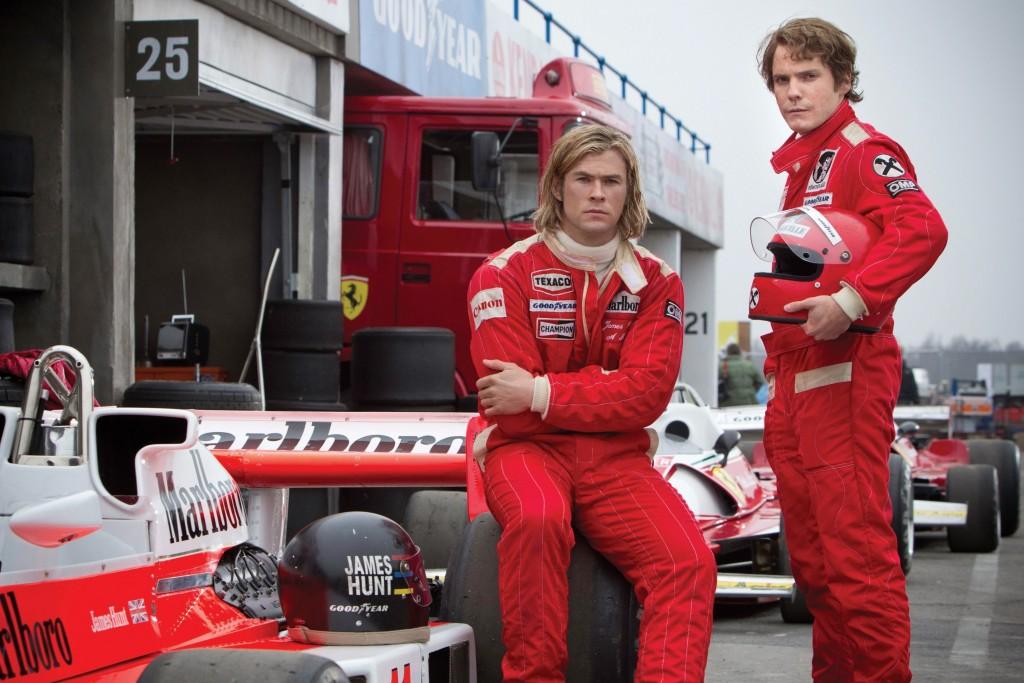 Fast cars, beautiful women and the risk of death are what make Formula 1 racing so alluring. “Rush” tells the real-life story of the rivalry between racers James Hunt (Chris Hemsworth) and Niki Lauda (Daniel Brühl) as the two compete for the title of World Champion during the 1976 F1 season.

Throughout “Rush,” their rivalry blooms, spanning from their lowly beginnings in F3 racing and leading to the main stage at the F1 World Championship. Here, we get a glimpse at the driver’s different personalities. Hunt is brash and reckless, living the rock ‘n’ roll lifestyle of sex, drugs and cars: Lauda is cool, calm and collected. Over the course of the 1976 season, the two both win their fair share of races.

The first half of “Rush,” although necessary for building up the backstory, isn’t exactly up to par in quality with the rest of the film. The movie has an uneasy pace, jumping from event to event, some scenes mashed together just for the sake of maintaining historical accuracy. But once the background is established, the motion picture gets into a groove and we’re able to see the relationship between Hunt and Lauda develop into the legendary sports rivalry as it’s known today.

The extent of their rivalry is shown when the two race in the rain-soaked German Grand Prix. The race ends in a fiery crash, leaving Lauda with third-degree burns all over his body. As he recovers, he has to watch from bedside as Hunt continues to win race after race, catching up to Lauda in the standings. In the race for World Champion Hunt’s unrelenting pursuit for victory stands against Lauda’s calculated demeanor, as both racers push the other to his limits. Determined to keep his title, Lauda steps back into the driver seat, ready to take on Hunt.

At the beginning of “Rush,” the racers simply want to overcome the other, neither giving the other the respect they deserve. But as their paths continue to cross throughout the years, the audience sees their rivalry grow into a mutual camaraderie. Their animosity for each other matures into genuine respect, leaving the audience with a heartwarming story of inspiration and determination.

Although “Rush” gets off to a slow start, it gets back in the race and finishes strong.

Information about “Rush” can be found at rushmovie.com.