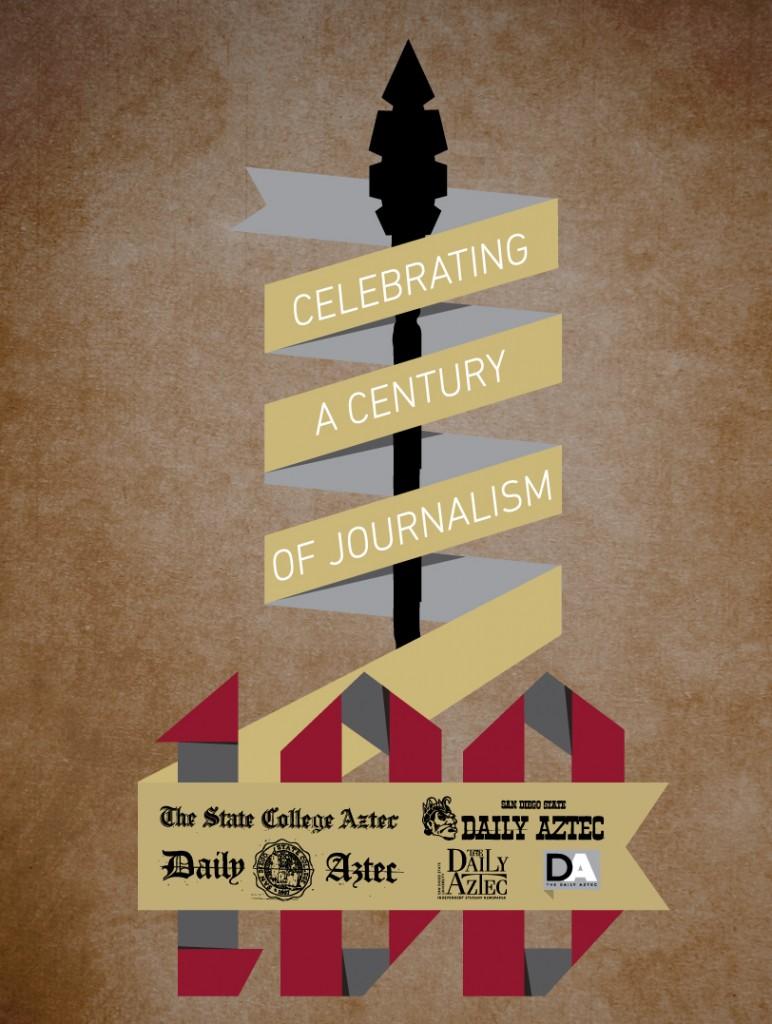 I am probably the only person at that time to have actually worked on The Daily Aztec all four of my undergraduate years (1965-69).  The rules did not allow a freshman onto the staff until pre-requisite news writing courses had been taken.  However, I had been sports editor of my high school newspaper, and felt confident I could continue to write sports at the next level.  I was naïve, but driven.  My advice to anyone with a dream is to pursue it.  Invariably, it will lead to something else even greater than can be imagined at the time.

Because I persisted, I was allowed to be a “stringer” and cover Women’s Athletics.  That wouldn’t get me on the staff yet because I had to take the writing courses, but I would get experience.  I ran to the Women’s Gym, and burst into the office of Dr. Mary Cave, the head of the Women’s Athletic Department.   She claimed to have never been approached by The Daily Aztec.  What did I want?  I asked for Fall athletic schedules . . . when did the Lady Aztecs play volleyball against Cal Poly, for example.  This was before the advent of Title IX, and she gave a pre-Title IX answer.  “Women are not emotionally capable of competing at that level.”  That was it.  I continued to “string” for The Daily Aztec that first semester, digging up news, while taking the initial writing course.

With the second semester, I became a bona fide member of the staff, complete with my name in the staff box.  Later, I was the football writer, covering Don Coryell and his program just as it approached its zenith.  I became an ad hoc member of the Athletic Board, at the invitation of then-Athletic Director Al Olsen.  It was at a meeting of the Athletic Board when college president Malcolm Love agreed to allow the team to play in the new Jack Murphy Stadium (now Qualcom), on the condition that students would never have to pay for admission.  Over the time I was with The Daily Aztec, I always enjoyed talking with him.  One such time was in an elevator at the Red Lion Hotel in Sacramento.  He was as excited as anyone.  The Aztecs were about to play in the Camellia Bowl against Montana State at Hughes Stadium in Sacramento, and the heavens had poured on the field all night.  At the end of the first half, the players ran across the field to the locker room beyond.  Dressed in a suit with nice shoes, I began to walk across the quagmire gingerly.  Suddenly, I heard a voice say, “Here, Marv, let me help you.”  Suddenly, I was in the arms of defensive coordinator John Madden, carrying me like a sack of potatoes.  When we reached the concrete on the other side, he put me down, and joined his players.  Had I known of the wealth that he would later enjoy, I would have thrown my arms around his neck so tightly that he could not have ever let me go.

Following military service, I went into teaching where I taught journalism, and later became a high school principal, then district-level administrator.  Now, I am a professor in the School of Education at Brandman University, a position of considerable responsibility that requires a great deal of writing.  It is writing, then, that has made a nice career for me.  The writing that I do today has its origins in the old offices of The Daily Aztec, replete with manual typewriters and burdensome carbon paper.  I will be forever grateful to those who gave me the opportunity to write for The Daily Aztec.