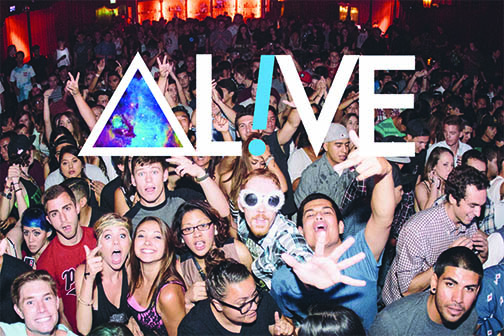 All EDM fans have heard of them – LED and Insomniac, two of the top promoters in the industry who produce some of the best events such as Identity Festival, Nocturnal Wonderland, OMFG! NYE, LED Anniversary and the notorious Electronic Daisy Carnival. Their overall huge success in the entertainment industry has been the product of many collaborations throughout the years. After so much success, it is only right to reveal a little something on how they did it. V!TAL, the “career building conference” sponsored by Al!VE, will be hosting San Diego’s first EDM industry night at the Arts and Letters 201 lecture hall on campus this Saturday.

The conference will feature some of the industry’s pioneers, such as Derek Andersen of Slander, Johnny Shockey, co-founder of LED, Peter Don of AL!VE, Mike Walkusky from EDM.com and Tristan D of Channel Z90.3, all of whom have reached success working in the industry. The conference’s panel speaks for the industry’s success with Andersen, who stepped into his DJ career early on in college along with his fraternity brother and Shockey’s promotion-based company LED, which has reinvented San Diego’s club and music scene.

Both Andersen and Shockey started their careers with nothing but their college-level talent and a hint of effort. Hear their advice at the industry night where the guest speakers will show you how to nurture and bring forward your talents to get involved in such a promising business industry. The conference will uncover the potential and importance of blogging, photography, music production, event planning and radio. So for anyone out there interesting in networking, building and watching memorable guest speakers, don’t miss out Saturday’s event at SDSU.