Happy endings, unrequited love and all that drama: How movies have ruined real-life dating 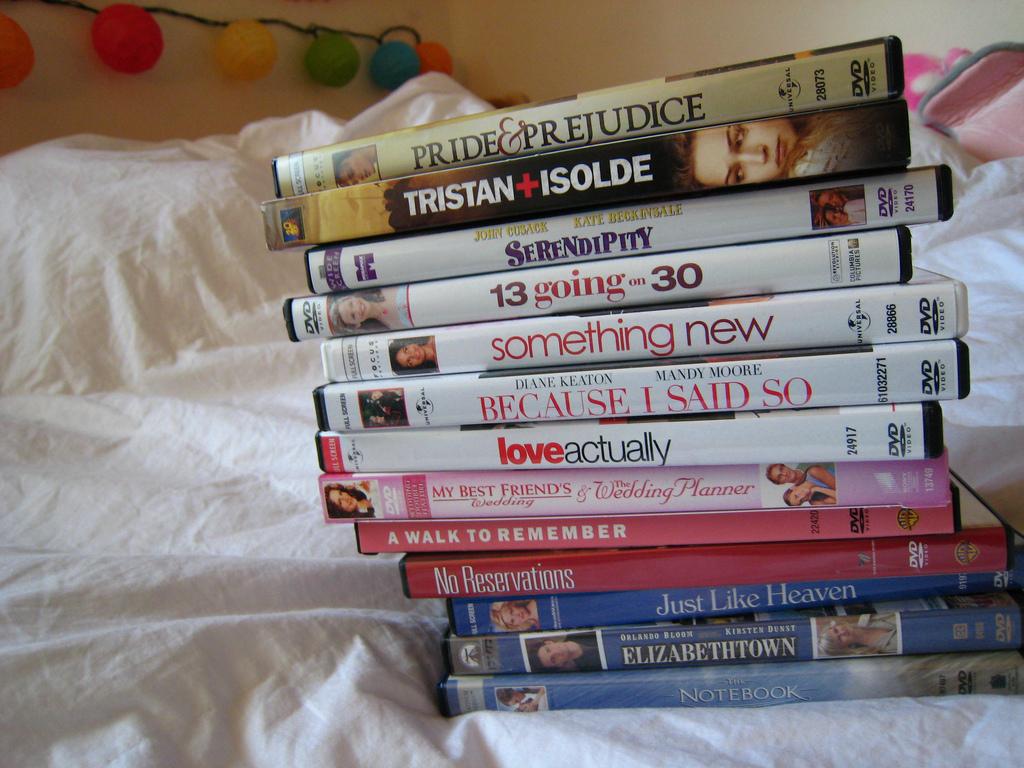 Ask me what my favorite romantic movie is and without hesitation, I’ll tell you it’s author Nicholas Sparks’ best seller-turned-cinematic-masterpiece “A Walk To Remember.” If you haven’t read the book or seen the film, let me clue you in to what makes this story one that I watch over and over: Bad boy meets preacher’s daughter, the two don’t like other but then fall in love, she reforms his bad boy ways, then she dies (Oops, spoiler alert!) and he is forever changed by the person she was and who she taught him by example to be. If I’m being honest, I’ve had the romantic notion of trying to live out this fantasy more than once. Not only is the concept of a changed bad boy incredibly appealing, but lead character Landon Carter is played by none other than Shane West in his prime. I’ve had myself convinced that if I could just find my own Landon, all would be right in my world…

This was just the beginning of the delusion that has since festered in my mind that I could take a guy who was a little rough around the edges and didn’t treat me just right and turn him into a loving, caring good-hearted person. I wanted to be the girl that comes along and makes this guy see the error of his ways. He would have a life-changing moment in which he questions everything about himself, coming to the conclusion that he needs me in his life to turn it all around. Let me tell you—this has never, ever been my reality. Instead I find myself getting treated like garbage, all the while still holding out hope that a guy can see that I’m a genuine person who wants to show him what a real relationship looks like—and still end up in the wake of his path of destruction.

In the movies, relationships always seem so perfect. If not in the beginning, they usually turn out that way in the end as the plot wraps itself up in a neat little bow. Not only do these Hollywood fantasies program us to think that dating in real life is supposed to be this way, it warps our minds to think that certain circumstances are perfectly normal or expected. But do I buy into these scripted representations of lust and love? Of course, and I think a lot of girls do too, if not consciously.

It might seem stupid to let movies direct the way we behave in life, but I think these notions that our favorite flicks present to us make us believe things about the way dating is “supposed” to be. There are certain situations or stereotypes that are constantly present in movies that we try to play out in real life, just like I did with my idea of my own Landon Carter. I have a few favorites that have stuck out to me like sore thumbs that I not only find strangely appealing and incredibly ridiculous but fall for every time:

1. The idea that “opposites” attract, or that two people who shouldn’t typically be together end up that way.

From the time that we’re little, movies condition us to think that two people who are so incredibly different are bound to have a love connection. I can find proof of this tracing all the way back to my Disney roots—Beauty and the Beast, anyone? Lady and the Tramp? Though they aren’t people, these were the first representations of this concept that we were introduced to as children—completely incompatible on the surface, but love happened to find a way to bring a human girl and a furry ferocious beast and two dogs from different sides of the tracks together.

“Pretty Woman”: The rich bachelor and the prostitute.

“Save The Last Dance”: The white ballet dancer and the African American hip-hop performer.

“Knocked Up”:  Driven career woman and a pot-smoking slacker.

Then there are always the pairings of the rich girl/poor boy or rich boy/poor girl, hopeless romantic/perpetual player, unpopular vs. popular—it goes on and on. In real life most of these relationships are doomed to fail, but on the big screen they are matches made in heaven. Sure, it’s true that your ideal mate should bring different things to the table to create diversity and balance to a relationship, but wouldn’t these polar opposite characteristics eventually cause more obstacles than bliss? The idea sounds romantic, but I think it’s unrealistic.

2. Dramatic, iconic moments are the only way to have a relationship.

We’ve all seen it—the music builds, a character says just the right line and boom, there’s the kiss you’ve been waiting for. Or someone will make an exaggerated romantic gesture that convinces the girl to fall for the guy. Or two people will have a dramatic argument, storming away in tears while clearly longing to be in each other’s arms. If you’ve ever seen “The Notebook”, you know exactly what I’m talking about.

I think these kind of moments we see in movies make us believe that we have to have that kind of drama in our own relationships—that dating someone is only exciting if you have knockdown, drag-out fights and if you passionately make up in the same fashion. You know what I call that? Bipolar. When there isn’t that kind of drama in a relationship, sometimes people get bored, because they need those intense lows and exhilarating highs to keep them interested. We search for the person who is going to give us this kind of excitement and are constantly disappointed when they don’t deliver—and the movies that perpetuate this notion aren’t helping.

3. There’s always a happy ending—but what next?

It’s pretty rare when it doesn’t happen, but more often than not, just before the credits roll the movie ends with both people in love and looking forward to a promising future together. It makes sense—who wants to watch the saga of a couple for an hour and a half just for it to amount to nothing, only for them to end up unhappy and alone? There’s no satisfaction in that. We watch movies to see the happy endings, often the ones we wish we had in our own lives. But it warps our brains into thinking that there always has to be the happy ending, that there is no possibility for failure or disappointment. The truth is, sometimes relationships just don’t work out for one reason or another, and they won’t always be perfect, no matter what Hollywood tries to convince us of. When we realize this, the easier it is to swallow the rejection, the confusion and the disappearance of a love that was once so strong when it does actually happen.

I’m a hopeless romantic, so despite all of my protesting, I’ll keep watching these movies. But I think it’s inevitable. Maybe we buy into all these fantasies because it’s an escape from the downright frustrating, at times heartbreaking and messy reality of dating in real life. More than that, I think, we want to believe in the possibility of love, even if it’s only for a little while. And there isn’t anything wrong with that.