Make your own day ‘app-ventues’ 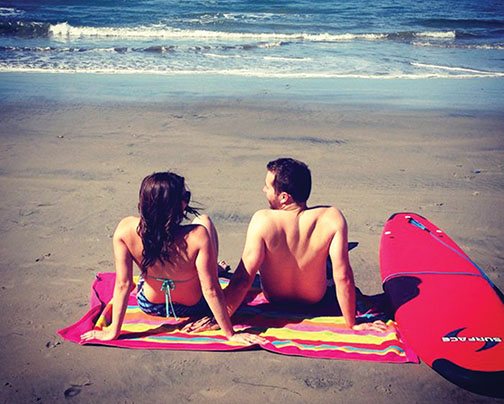 Finals are coming up fast and there is only so much time a college student can spend in the library, staring at a laptop screen or flipping through flashcards. With the beauty that surrounds San Diego State, it’s almost impossible to avoid the tempting sunshine and spring breeze waiting just outside the window. A new app called Classified Day Trips could be that much needed excuse for taking a mental break in preparation for the hell that is the end of the semester.

Laura Baker is the CEO of outdoor adventure travel company Ethos Adventures. Baker started Ethos Adventures after quitting her job as an environmental attorney because she found a desire to do something different with her life. According to the Ethos Adventures website, she did it in an effort to get people outdoors, experiencing the world and living in the moment. When the business first began, she’d create custom adventures solely for clients that reached out to her in advance. Now, Baker’s adventure planning can reach a larger client base through the Classified Day Trips app, which features pre-planned day trips that users can follow whenever they please.

Classified Day Trips currently offers two cities to adventure in: Santa Cruz and San Diego. These locations were chosen after Baker ran a crowdfunding campaign via Indiegogo last summer that helped her gain funders to support the creation of the app. After taking a poll of the funders’ opinions, Baker decided to include two of the top three location choices the contributors were interested in having on the app.

“They’re places that I know and love, but I really chose them because that’s what my funders wanted,” Baker said. “They’re the ones that made it possible, so I thought it was only fair to do it that way.”

There are two San Diego adventures available for purchase at this time—Explore La Jolla and Physical Challenge in Mission Beach. Once users decide on a trip, they’re essentially in charge of the direction of their day while simultaneously unsure of what awaits them, hence the name Classified. The trip is defined by step-by-step instructions that guide users from one activity to the next.

Classified Day Trips will continue to take user feedback into consideration with the continuing development of the app. Eventually, Explore La Jolla and Physical Challenge will be replaced with new adventures that could differ in style or regional location. Future cities to be included on Classified Day Trips are Yosemite, California and Washington, D.C. Ultimately, Baker hopes to expand the app to include places around the nation while sustaining a level of local knowledge with regional experts available for each location.

If you’re considering dropping your textbooks and pencils is in the foreseeable future, you’re welcome for another addition to the list of things to do instead of studying.