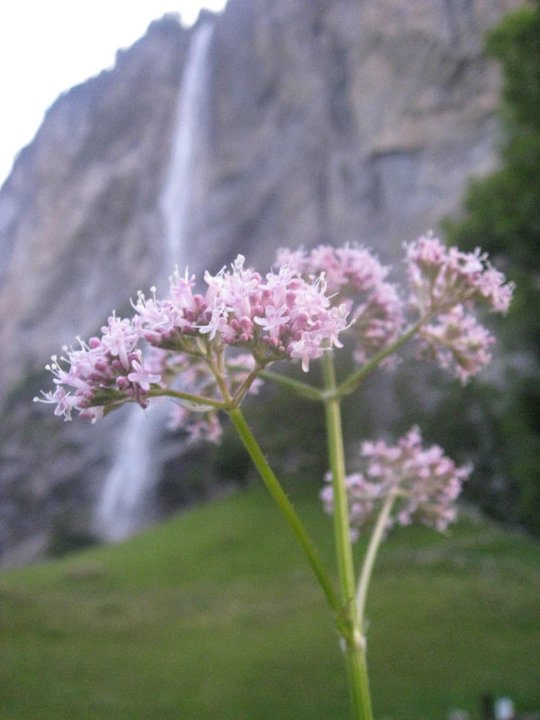 After departing from Italy, we entered Switzerland, driving through the country side along mountains, waterfalls, and lakes. Pure, beautiful nature.

The country is so green and lush and it’s a perfect place to get away from busy cities and streets filled with people. It’s so peaceful and calming.

We stayed in a village called Lauterbrunnen, in the cutest little hotel next to a 300 meter waterfall called Staubbach Falls. The first night was spent walking through the tiny town, enjoying the fresh air and scenery. The real adventure would begin the next day.

The mountain Jungfraujoch is located 3,466 meters above sea level. Europe’s highest railway station takes you there, at an elevation of 3,454 meters. The train takes you through the mountain literally, through tunnels that were constructed 100 years ago. It takes about an hour to reach the top, including the two stops to look through the windows built in the tunnels with views of the Alps.

Once we reached the top, we were guided into the ice caves where everything is ice, including the amazing sculptures.

Out on the observation ledge, it was freezing and unfortunately cloudy, so we couldn’t get a good view of the mountains. But as clouds started clearing up, we were able to see some of our surroundings, both up and down.

The observatory deck circles the mountain top on which the observatory sits. What’s absolutely terrifying is that the deck extends over the mountain top, so nothing but that metal grate stands between you and a plummet to your death. I admit, I had a bit of a panic attack from walking around the deck by myself. I have a terrible fear of falling and I felt pretty faint.

Another near-death experience for me was the lack of oxygen. Since you’re at very high altitudes, the air is very thin. Being inside the observatory with a bunch of people made it very hard to breath since everyone’s breathing in your air. I got lightheaded and dizzy and had to step outside for some fresh air.

We only had a short amount of time left in our cute little town of Lauterbrunnen so we decided to check out Staubbach Falls. There’s a hiking trail that leads you up through the mountain alongside the cliff and behind the waterfall itself. It was very loud, very wet, and had a great view of the whole town.

After all the adventuring we did, it was time to say goodbye to Switzerland and get some rest, because the next stop was sure going to be crazy.