San Diegans recycle less than what the state requires 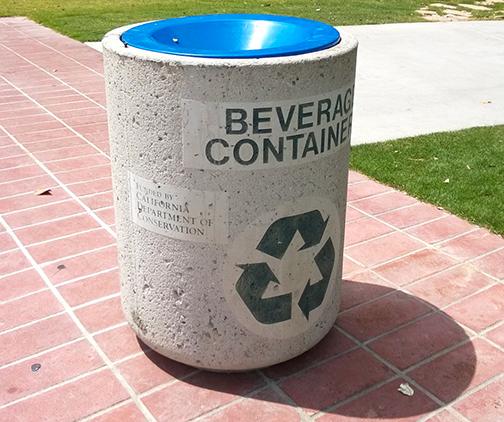 Less than a quarter of San Diego residents recycle, according to a study from San Diego’s Environmental Services Department released last week.

The report showed that although the city’s overall recycle rate was 68 percent, once commercial percentages were removed, resident recycling accounted for only 17 percent, and resident compost for the last five percent.

SDSU Material Management Manager David Del Rio said the school’s goal is to eventually get down to zero waste. Although he did not have an exact number, he estimated the school’s recycling rate to be above the state-mandate to recycle 50 percent.

“It’s hard to say because we do so much,” he said.

SDSU has many recycling programs in place, including the 73 recycling bins on campus and 78 three-yard dumpsters, Del Rio said. All of SDSU Dining Services restaurants operated by Aztec Shops reduce waste by composting all food scraps.

On-campus electronic waste is 100 percent recycled, as well as library materials that are no longer needed. Along with the housing recycling program, the school sells, reuses and breaks down old furniture to be recycled. SDSU also donates old furniture that is not of use to the university to the Mexican government, to be used in schools in Baja California.

“Compared to the city, we’re way ahead, but we want to do more,”Del Rio said. “We want to do more and take advantage of single-stream recycling, but it takes education of students, faculty and staff.”

According to Ysea, the city provides trash services to about 280,000 customers in single-family homes. San Diego is one of the only two municipalities in California that does not charge for trash services.
“Because of financial restraints, we can only pick up recycling every two weeks,” Ysea said. “We do provide free extra blue bins for people, but people don’t know that.”
Ysea wants to create more awareness about the importance of recycling in the community.

“We need to bump up efforts and do a better job of educating and providing,” Ysea said.

Ysea hopes to have counsel representatives talk in community meetings about ways people can improve their recycling rate, such as utilizing community papers as a means to educate about recycling. Ysea also recommends residents participate in the city’s voucher program to receive a discount off of a compost bin residents can keep in their backyard.

“People come here to vacation and party, but we also need to take care of the environment,” he said.