Child of Light is beautiful and a delight 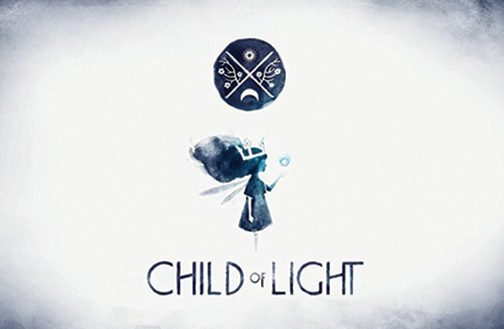 This year has been great for role-playing games, or RPGs for short. On the Nintendo 3DS we were treated to the excellent “Bravely Default,” and then we got “South Park: The Stick of Truth” for PlayStation 3, Xbox 360and PC. Now we have “Child of Light” by Ubisoft Montreal. It was developed in the UbiArt Framework, which is best known as the engine that was used to create “Rayman: Origins” and “Rayman: Legends.”

“Child of Light” is a beautifully rendered side-scrolling RPG that takes place in the Kingdom of Lemuria and follows the adventure of a young girl named Aurora. At the beginning of the game, we learn that the year is 1895 and Aurora is the daughter of the Duke of Austria. One night, on the Good Friday before Easter, Aurora fell asleep and awoke in Lemuria. Confused, but not frightened, Aurora vowed to return home to her Father, but before she can, she learns she must defeat the evil queen of the night who stole the sun, the moon and stars from the sky.

The gameplay of  Child of Light” is very simple and straightforward, but has deeper layers hidden in it. As Aurora, you travel the land in standard platforming fashion. Running, jumping, pushing boxes to reach high ledges and so on. It’s when you encounter an enemy that the depth of the gameplay mechanics are revealed. When fighting the minions of darkness, the game switches to a turn-based RPG format. Monsters and allies face each other in battle, allies on the left side of the screen, enemies on the right. At the bottom of the screen is a timeline that has little icons that represent friend and foe. The timeline is split into two parts: “Wait” and “Cast.”

During the “Wait” phase you have time to plan your next move, whether it be attack, defend, flee, use a potion, etc. When an ally’s icon reaches “Cast,” time stops and you get to choose what action you wish that character to take. I won’t give spoilers about who your party members are or how many there might be, but during a fight you can only have two active characters on the field at one time. You can, however, switch out party members whenever one ally reaches the “Cast” phase for no cost; the new ally picks up right where the old left off. Once you select your action and pick your target, your character’s icon slides along the cast phase. If it reaches the end of the “Cast” phase your character will execute the action you specified. However, friend or foe can be interrupted during the “Cast” phase. If anyone is hit as they are in the “Cast” phase, they’ll be set back down the timeline and will have to re-input an action.

The battle system is nothing new in terms of RPGs, but it does feel different in comparison to most recent RPGs. And although it has a standard battle system, the interruption factor adds a layer of additional strategy. The same goes with being able to see battle participants on the timeline. If you can consistently interrupt enemies, or bombard them with status ailments that will slow down their timeline progress, you may prevent them from attacking altogether and you might end up leaving battles unscathed. However, there are a few enemies that can counterattack immediately after you damage them, or they might have an interruption counter which could result in your party receiving multiple debuffs or damage. In light of this, there is yet another mechanic that can aid you in battle-the ability to control or have a second player control Igniculus, a small firefly that travels with Aurora throughout the game.

While controlling Igniculus on or off the battlefield, you can move freely about the screen. In battle, Igniculus can blind enemies and slow their progress on the timeline, or partially heal party members. But be warned-Igniculus can only help as long as the firefly gauge has some juice left in it. If you run out, Igniculus gets tired and can no longer help until he recharges. There are three ways to recharge Igniculus. Either use a firefly potion to refill his gauge, collect blue orbs (wishes) or simply wait as the gauge refills on its own over time. Off the battlefield, Igniculus can blind enemies and prevent them from initiating battles against you, collect wishes and solve puzzles in the environments. You also need Igniculus to open up special coffers, chests that can only be opened by his light.

The first thing you’ll notice about “Child of Light” is the art style. The world of Lemuria looks like it’s a painting come to life. You could easily find yourself stuck staring at the backgrounds as you try to soak it all in. And as you continue through the game, that that feeling never goes away. Lemuria is a land that you absolutely want to explore thoroughly, with hidden chests and power-ups hidden around the world it’s easy to get sucked into this game.

Not only is the art style something to behold, but the sound design is just as perfect for the Kingdom of Lemuria. The music fits the atmosphere of the game so well it gives you a sense of exactly how Aurora feels as she traverses the strange and beautiful land that she has awoken in. At times, it seems as though the music only plays as you continue wandering the world, and comes to a halt just as you do. This alone gives off a sensation that whatever you’re doing matters to the world around you, or in fact needs you for it to even exist.

Another aspect of the game that may take you by surprise is that every piece of dialogue is completely written in poetic verse.Whenever text appears on screen or is spoken to you, it’s as though you’re reading or listening to poetry.

“Child of Light” is a fantastically beautiful quest. You can easily spend hours exploring every nook and cranny of Lemuria and never get bored of the scenery or music. The biggest problem with the game is that it’s maybe only 10 hours long. But I tend to believe that if a game’s only problem is that it isn’t long enough then that’s totally fine. I’d much rather play a short and incredible game, than a long and boring game.

“Child of Light” is only available digitally for PC, Xbox One, PlayStation 4, Xbox 360, OS3 and WiiU. Fight the darkness today.