Weekend Picks: Events for the Summer 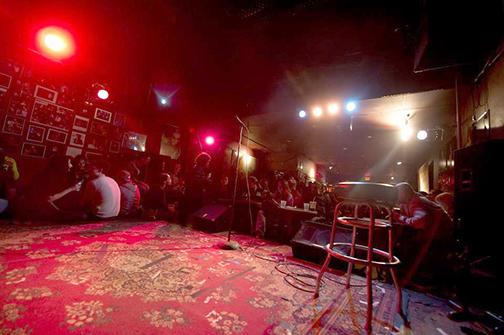 The godfather of house makes his way back to San Diego. Pete Tong will play an intimate show this Saturday, May 10 at the downtown club Bang Bang. Known for his “Essential Mix” radio show on BBC Radio 1, Pete Tong has been a staple of the electronic dance music scene and has seen its rise throughout the years. A sound a little different than the current age of EDM bangers, come out for a throwback show that will keep you grooving all night.

At the forefront of the Melbourne bounce scene in America, Deorro is ready to play a great show on Thursday, May 15 at Fluxx nightclub that will keep the club bouncing. Among other pioneers such as TJR and Joel Fletcher, Deorro brings with him a set of funky and fresh beats that command you to move. Last time Deorro came to San Diego, he was a surprise guest of NERVO’s “Free the Sea” event, so be sure to not miss him this time. He’ll also come back around the end of this month for LED’s two-day “My Life Every Day USA” event on May 24 and 25.

The Museum of Photographic Arts in Balboa Park opens two new exhibitions later this May. Starting on May 17, “After Ansel Adams” showcases photographs of National Parks of the American West by the late Ansel Adams, alongside works of nine contemporary photographs who shot their own take of the same landscape. The week after on May 24, will welcome “Aperture Remix,” which celebrates the 60th anniversary of the photography magazine Aperture. Both exhibitions are open during the summer, so you have the whole break to take a good look at the new works.

Every Tuesday night at 9 p.m., Adams Avenue coffee shop Lestat’s hosts a comedy night with comedians Christian Spicer and Rajan Dharni as your evening hosts. Each night brings different guests to the stage, both local and outside of San Diego. It’s always a surprise regarding who will show up, but out of the few times I have been there, the acts have yet to disappoint. Located in a more laid-back neighborhood, Lestat’s Coffee House is a friendly place to spend a fun Tuesday night.