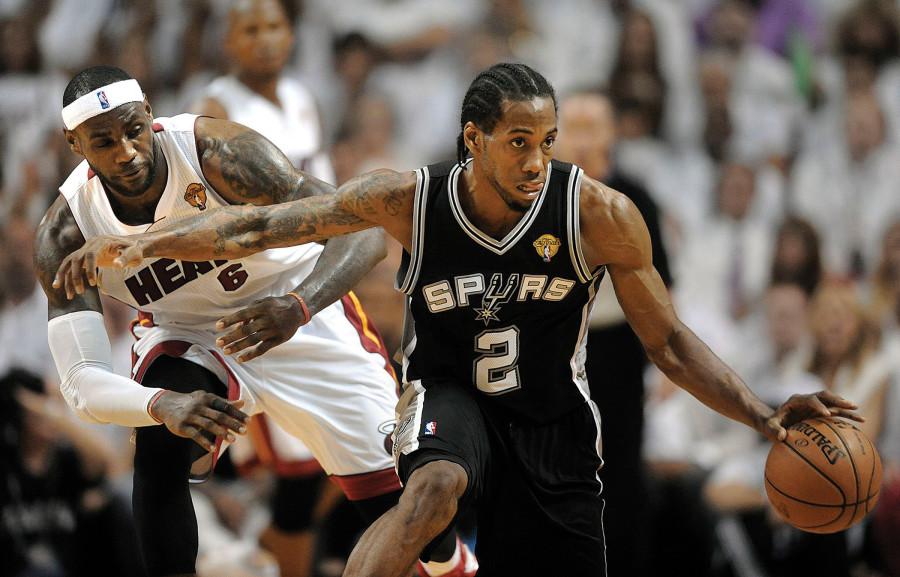 Kawhi Leonard has been a household name in San Diego since his days of leading the 2010-11 San Diego State basketball team to a program-best 34-3 record and the school’s first Sweet 16 appearance.

Now, after his 2014 NBA Finals MVP performance, he’s become a household name across the basketball-loving country. Fans outside San Diego are asking, “Where did this guy come from?” Aztec faithful are proudly screaming across all social media spheres, “Hey! This guy came from SDSU!”

He forced the national media to take notice and write headlines such as CBS Sports’ “Ready or not, the Kawhi Leonard Era is underway in San Antonio.”

The Dr. J Era for the Philadelphia 76ers. The Bird Era for the Boston Celtics. Showtime in Los Angeles. Miami’s Big Three. It’s difficult to tell if it’s too soon to call this the Kawhi Era—but it’s definitely coming. In terms of two-way NBA players, Leonard is near the top.

So let’s bring this back home to SDSU. Leonard’s NBA success up to this point has already helped with SDSU basketball recruiting. It’s no coincidence that the Aztecs recruited their best-ever class in 2014 following Leonard’s stellar defense in the 2013 NBA Finals. I mean, every time Marv Albert said “the young forward from San Diego State,” Coach Steve Fisher’s program received free publicity.

But few things will help recruiting more than telling a high school athlete, “We at SDSU make NBA Finals MVPs. Just look at Kawhi.” Due to Leonard’s success, I won’t be at all surprised if SDSU basketball recruits its new best-ever class in 2015. It already got a great start with Damien High School shooting guard Jeremy Hemsley.

Most modern big high school recruits think of college simply as a one- or two-year bridge to the NBA—the dreaded “one-and-done” craze. Fisher and company usually don’t pursue those types of recruits because SDSU has built its success on a program, not on a series of different individual teams. But even those top recruits who will commit to a college program want to be NBA stars. Now SDSU has one to boast about.

Successful recruiting following an alumnus’ emergence in the NBA definitely has precedence. Harvard picked up 6-foot-8, 200-pound power forward Agunwa Okolie, whom ESPN.com gave a 90 out of 100, after Harvard University’s very own Jeremy Lin exploded onto the NBA scene in 2012 with the New York Knicks. James Harden’s alma mater Arizona State University picked up two 90-plus rated recruits the same year that he won NBA Sixth Man of the Year as a member of the Oklahoma City Thunder. Washington State University recruited three three-star recruits after recording a 15-16 regular season record the same year that former-Cougar Klay Thompson earned a spot on the NBA All-Rookie First Team as a member of the Golden State Warriors.

Put SDSU basketball’s recent national success together with the increased impact Leonard will have on the minds of top high school players, and we may very well see some special things happen with SDSU recruiting this year. Stay tuned.