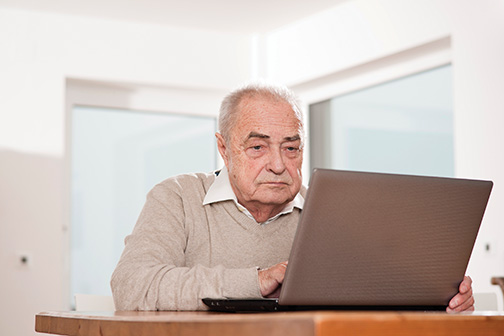 San Diego State has received a $26,000 grant to develop online training for Adult Protective Services workers. The funds come at a time when the senior population in San Diego County is projected to triple during the next 15 years while APS remains underfunded.

The grant was awarded in May through the Huguette Clark Family Fund for the Protection of Elders. It will allow SDSU researchers to develop new online instructional material for APS workers.

The instructional material will cover some of the ways elderly citizens are exploited. The e-learning program will include training on identity theft, power of attorney abuse, foreclosure rescue schemes, undue influence, living trust scams and reverse mortgage abuse.

Lori Delagrammatikas, the program manager for SDSU’s Multidisciplinary Adult Services Training for Evaluation and Results program, said the abuse of undue influence was comparable to domestic violence. In these instances, relatives or even close family will provide care for the senior but then threaten to stop providing the care. In some cases, caregivers will threaten the senior with the possibility of unfairly subjecting them to a senior care center for the remainder of their lives. SDSU received the grant for the work researchers have done to prevent issues like these.

In an interview on KPBS Evening Edition, Paul Greenwood, deputy district attorney for the Elder Abuse Protection Unit, described elder abuse as “covering a variety of conduct from physical to mental abuse to financial exploitation.”

Greenwood said individuals who are in an unstable physical and mental state are especially vulnerable to abuse.

In her speech earlier this year Supervisor Dianne Jacob said “by 2030 the number of people who are at least 75 years old is expected to triple, rapidly outpacing the growth of the rest of the population.”

Delagrammatikas said APS is “woefully underfunded,” receiving only four cents to the dollar in federal and state funding compared to Child Protective Services. With more funds, the team at SDSU could afford to hire software engineers that could improve the quality of the training programs.

Delagrammatikas said the work done for elder abuse prevention at SDSU has been recognized on a national level. Several states including Georgia, Oklahoma, Hawaii, and Alaska have all used the training programs.

According to a report by SDSU NewsCenter, “San Diego State University is a leader in the fight to recognize, prevent and rectify elder abuse in the United States.”

Currently, the e-learning programs remain in the development stage and are scheduled for completion by the end of 2014.