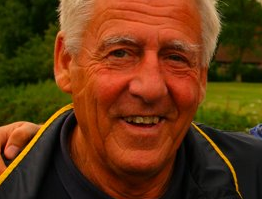 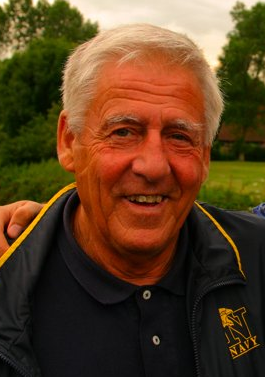 Political science professor Michael Stoddard, commonly known as “Doc,” passed away on Wednesday morning after battling cancer. He was 74.

“It fascinates me to meet young people and see what they’re going to do with their lives,” he told The Daily Aztec in 2009.

Political science and media studies senior Zach Anderson is one of many students who was impacted by Stoddard at San Diego State.

“I can’t really pinpoint what it was, but he had an amazing presence up at the front of the room,” Anderson said. “It could have been the suit he was always wearing, the deepness of his voice, his old age, or the fact that regardless of what he said, you knew that he was probably right just because of the intelligence he gave off.”

Anderson attributes his decisions to major in political science and become a high school teacher to Stoddard.

“Professor Stoddard showed me the joy I can potentially bring a group of students through teaching, and making it fun and unique, as well as extremely effective in my own way,” Anderson said.

Outside of the classroom, Stoddard made an impact by engaging with students in various ways. An academic dean of the Oxford Study Abroad Program, he directed a faculty-led program that allowed SDSU students to study abroad at Oxford University in London, England.

SDSU alum Matt Clifford, founder of Barnana, a company that makes organic banana snacks, told NewsCenter in January of his journey to Oxford with Stoddard.

“I was offered the opportunity to study abroad in Oxford with one of the smartest, most brilliant professors at SDSU, Dr. Stoddard,” Clifford said. “The trip redefined my college experience.”

Every four years, Stoddard also made it a tradition to travel with students to Washington, D.C. to witness the presidential inauguration. He was voted multiple times “Best Professor” in The Daily Aztec’s Best of State issue and was also recognized with Associated Students’ “Outstanding Service Award” on several occasions.

Past students posted farewells on Stoddard’s Facebook page, calling him “inspirational” and “motivating”, recalling experiences at Oxford and showing appreciation for being introduced to Washington, D.C.

After earning his Bachelor’s, Master’s and Doctorate at UCLA, Stoddard eventually came to San Diego, where he began teaching at SDSU in 1980.