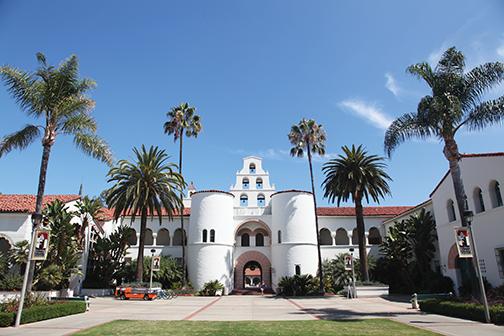 Throughout the past decade, San Diego State students have seen an increase in tuition and fees nearly every year. But what is this money used for? Where are these obscure dollar amounts derived from?

To answer these questions it’s useful to look at the year to year numbers and make a few comparisons. Primarily, The Daily Aztec took a look at what it has cost to be a full time undergraduate student, taking six units or more and paying California resident prices.

For most of the past decade, SDSU tuition has seen a steady increase and the fall 2014 semester is no exception. Full time undergraduates will pay a $2,736 Basic Tuition Fee each semester.  Additionally, the university has its Mandatory Campus Fee, which totals $697 and has increased $50 from last year. 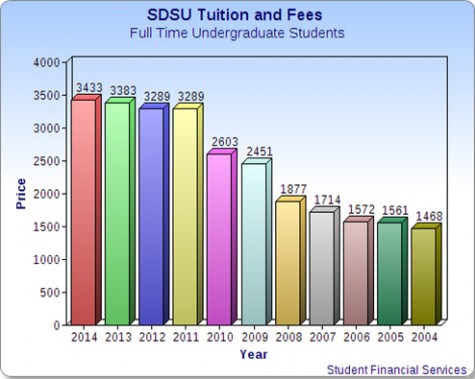 The $50 increase comes from the notorious Student Success Fee, which sparked controversy and protests throughout the Spring 2014 semester. This added cost will increase from $50 to $100 in 2015, then to  $150 in 2016, and finally to about $200 in 2017, when additional increases will be based on the Higher Education Price Index. According to the Student Financial Services website, the Student Success Fee will support the hiring of additional faculty and “provides funds for enhancing student success through expanded academic related programs.”

In addition to the Student Success Fee there are a variety of campus service fees that fall under the Mandatory Campus Fee category. Most notably, these include a $237 Student Union Fee, a $175 Health Services/Facility Fee, and an Instructionally Related Activity Fee of $175, which pays for athletics, theater productions and art exhibits.

Less substantial campus fees include $35 for Associated Students and $25 to keep the library running.

Prices Through the Years

In total, student tuition has more than doubled over the past ten years. In 2004, tuition and fees cost a relatively low $1,468 per semester. At that time, student health services was the biggest expense, costing students $110 each semester and the Student Union Fee was $71.

The most substantial increase in the past decade has come from the Student Union Fee which surpassed the Health Services/Facilities Fee in 2010 and has more than tripled since 2004. This significant increase can be accredited to the rebuilding of what is now the Conrad Prebys Aztec Student Union. 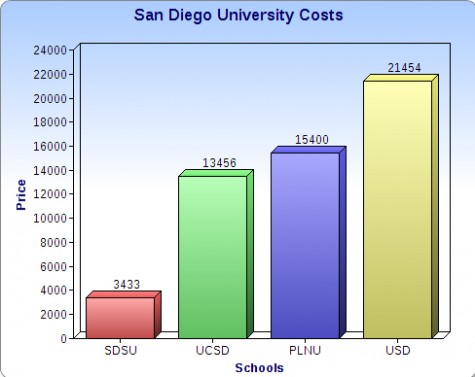 Recently, SDSU was ranked No. 18 in Forbes Magazine’s list of Best Value Colleges. The magazine examined both the in-state and out-of-state tuition at a number of colleges in the U.S. Compared to other universities, SDSU was found to be considerably more affordable.