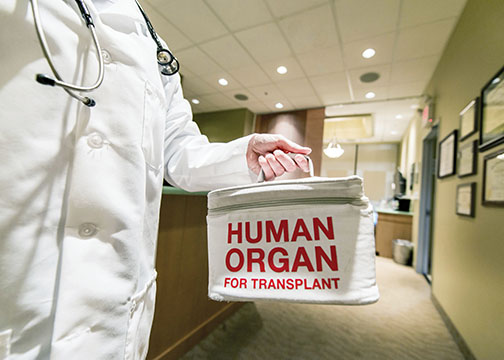 The loss of Sarah Stelzer has brought on internal reflection for many students about themselves. We’ve come to think about the fragility of life, the expectations we hold for ourselves and how they remain relevant when we recognize how soon and brief this lifetime could be for us. What matters is what we do now, because none of us really know how many years we have left to live our lives. We perish at all ages.

This is a terrifying and humbling truth we have to hold within ourselves during this hard time.

I think it’s time to refocus onto the positives in this time of grief. We’re so blinded by tragedy that we’ve looked away from Stelzer’s gift of life in the wake of her tragic death. It’s a gift that has five people living longer and stronger because of her.

Stelzer, in her passing, saved five lives because she was a registered organ donor. Late Friday on Oct. 17, San Diego State officials said Stelzer was being put on life support because she was signed on to donate her organs to extend the lives of those who were in need of vital organs.

We’re in desperate need of generous donors like Stelzer, who are willing to sign up to give their organs to save others’ lives. As it is now, San Diego County has 2,138 patients waiting for donors, such as Stelzer, to donate their organs. The shortage of organ donors of the recent years has led up to an average of 18 people dying each day because they couldn’t get the organs they needed. By donating organs, one can improve or save up to eight lives. We need to become organ donors, so our lives aren’t lost and wasted.

In a time when 95 percent of Americans support organ donation but only 40 percent are actually organ donors, we see a pattern of people in our society today who are all talk and no action. Among college students where passivity has become a norm, the need for healthy and young students to register to become donors becomes even greater.

However, intent is just intent, so we have no way of knowing whether these college students actually registered to become organ donors. With such abysmal numbers regarding organ donation, what is holding people back?

We tend to reject what we don’t understand, and the same applies to organ donation. In the same research study, researchers found that students’ reasons for not donating ranged from religious reasons to family objections to myths regarding the whole process.

One of the largest myths surrounding organ donation is the nature of the debatable definition of death when it comes to the complete and irreversible loss of brain function.

Most organ donors come from brain-dead patients. A patient who’s brain-dead is someone who has lost all brain function, but is kept alive by keeping the heart beating and blood flowing, therefore keeping the organs alive. However, many argue brain death isn’t a form of death because someone who may be brain-dead could be considered alive and feel pain.

What most don’t realize is organ donors aren’t only given the basic apnea test to check brain death status, but furthermore, organ donors go through extensive tests to determine higher brain function to assure family and patients that a patient who’s brain-dead is no longer with us.

However, it might not just be myths that perpetrate this lack of action. Twenty-eight percent of college students stated they hadn’t registered to be a donor because they simply “hadn’t considered it yet.” This is a call for all students to start considering organ registration. Being passive to this cause doesn’t only undermine it, but real lives are at stake because of the severe undersupply of organs for those in need.

Our lives are unpredictable, we can never tell how long or how short we will stay on earth. However, to selflessly give the gift of life to someone else will immortalize us. Stelzer’s spirit lives on in her friends and family but it also resides in the lives she saved because she chose to be a registered organ donor.