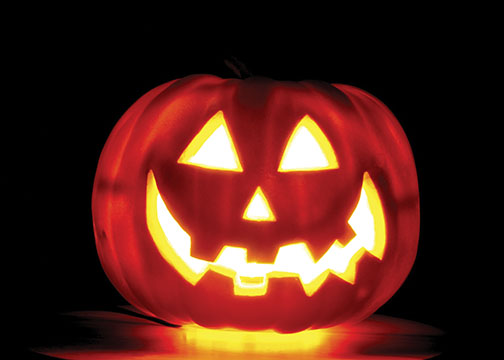 With Halloween just around the corner, there’s bound to be some case of blackface popping up and causing a controversy. However, it’s not necessarily racist if the portrayal of the costume is respectful.

Blackface, or applying makeup to resemble an African American, is no stranger to hyped-up scandals of racism. Often times, with situations concerning racism, there are metaphoric lines society knows not to cross. However, questioning the status quo is what helps society evolve. So here my question stands: Why is the portrayal of blackface racist?

Blackface began around the 1830s as an exaggeration of how society believed African Americans acted. Decades after, it made its way to minstrel shows and was a popular theatrical aspect until the civil rights movement.

Recently, there have been incidents of blackface across media outlets that many people agree contribute to racist stereotypes. However, what I question is not blackface itself, but why society finds blackface offensive. In some recent cases, those who painted their face darker didn’t do so to exaggerate or undermine African American culture, so why is everybody still offended by something that no longer holds racist values?

Has it ever occurred to anyone that the reason blackface is considered offensive is because of the way individuals portray its meaning without understanding what it’s actually about? I understand decades ago, when minstrel shows used blackface to negatively exaggerate the African American community, the portrayal of blackface was demeaning. However, in the present, it isn’t necessarily representing that foundation anymore. Of course there are those exceptions, but as a whole, present day blackface can be simply used as a part of a costume.

Let’s take, for example, the second-grad student from Colorado who painted his face darker to resemble Martin Luther King Jr. for a school project. The media flipped out over an 8-year-old boy who was only portraying a historic icon to the best of his abilities.

That’s where the disconnect lies. People need to look at the world color blind. Instead of seeing blackface, look at what the individual is actually doing in terms of his or her intention. In regard to the second grader, his intentions were to represent MLK as he saw him. Malicious? I think not. It’s all about context, yet everybody loves to jump the gun and call out anything remotely close to racism.

How can a person not be racist while portraying somebody of African American descent? Well, let’s think about the reciprocal here. “White Chicks” is a comedy about two African American FBI Agents who dress up — and paint their face white — to portray two rich white girls. Yet, no backlash came of it because it was understood it was done as part of a costume. Within those contexts, it was completely acceptable.

Now, why is blackface any different? Because the roles are reversed?

Although society still has a very long way to go in regards to total equality, people need to start realizing not everything is intended to be racist.

Blackface in the 21st century is far from what it originally used to be. If people just accept blackface as a racist act, it will stall a movement toward an evolving community. The more everybody clings to old ideas of racism, the less people will be aware of the realities surrounding racism today.

Everybody likes to hold on to what used to be considered racist instead of thinking about its relevancy in today’s society. There’s always talk about wanting equality, but if there is still a hold onto these old ideas, society will forever be at a standstill. Stop saying “that’s racist” and start questioning whether it actually is. One will surprisingly see that the world isn’t quite as black and white as it used to be.