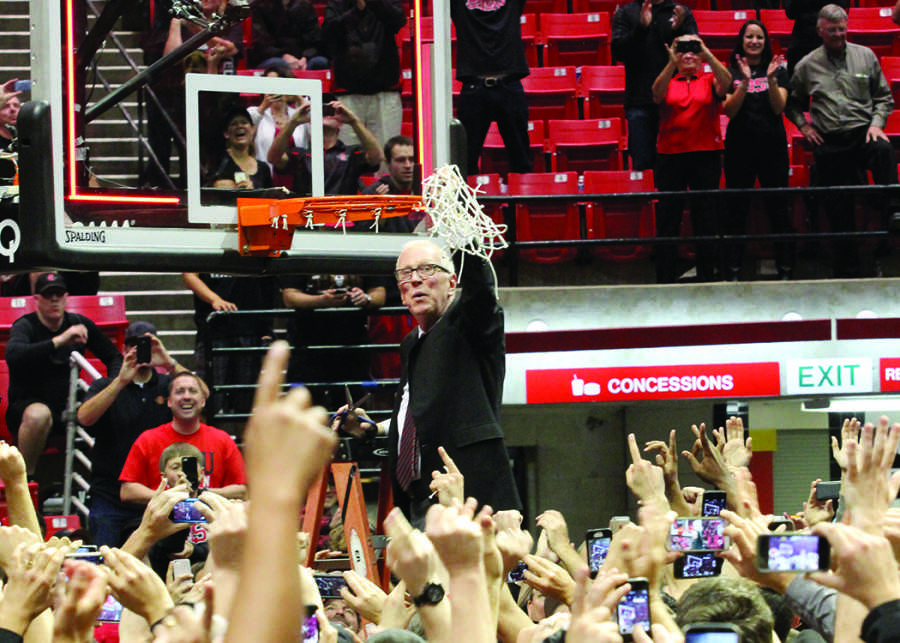 “It still doesn’t feel like work,” Fisher said today to ESPN.com’s Jeff Goodman. “I feel the same exhilaration and excitement as I did 15 years ago.”

Fisher, 69, is in the final year of his four-year contract with the school. This is his 16th season as head coach, and in those 16 years Fisher has turned a bottom-feeder program into one of the nation’s elite. His Aztecs have reached five consecutive NCAA Tournament appearances and two Sweet 16s in the last four years.

The SDSU athletic department sent out an email last night that sent the San Diego sports journalism world into a frenzy: Fisher and athletic director Jim Sterk would hold a press conference today at 11:30 a.m. regarding the “future of San Diego State Men’s Basketball.”

In all likelihood, that press conference will be about Fisher’s extension. If there are any updates, however, The Daily Aztec will report them as soon as they emerge.