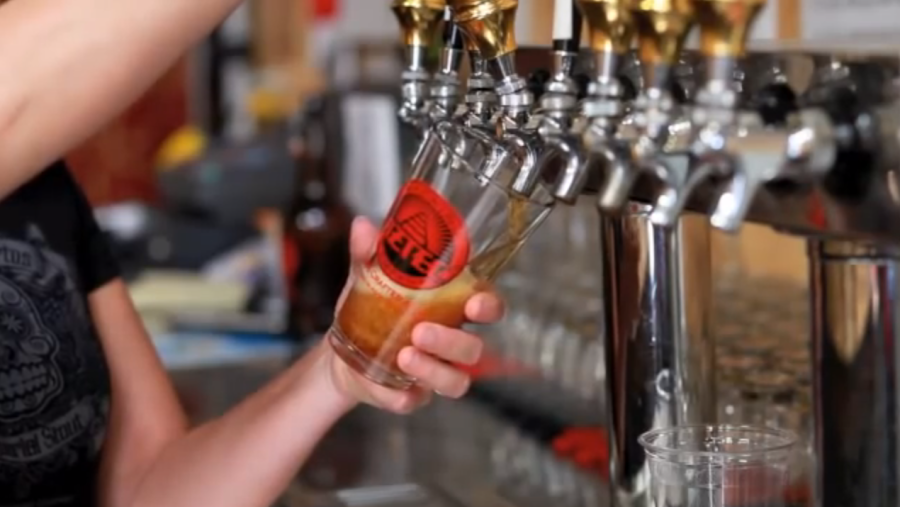 To beer or not to beer? That is the question for many students figuring out their class schedules for the spring semester.

However, we’re not talking about chugging Coors Lights over the weekend. We’re talking craft beer: A brewing art form that holds a legitimate place in the academia at San Diego State.

The College of Extended Studies is host to a professional certificate program in craft beer that offers more than six academic courses ranging from marketing craft beer and craft beer food pairing, to the art of craft beer for any interested students. The program’s versatile coursework covers a wide range of topics by enticing students to explore different craft beer styles, trends, business practices and the future of this blooming industry.

When the program first started out, it covered a wide range of subjects appropriate to the complex nature of craft beer culture, Program Director Giana Rodriguez told KPBS.

Craft beer is being brewed in an industry on the rise both locally and nationally. Craft beer sales in the United States have been up 17.2 percent and make up 8 percent of all beer sales. Locally, craft brewing is one of San Diego’s fastest growing business sectors, generating a $299.5 million economic impact in 2011, according to a study conducted by the National University System for Policy Research.

The number of craft breweries in San Diego from 2011 to 2013 has nearly doubled. Currently, there are more than 80 breweries operating in San Diego. With two local breweries making the cut for the National Breweries Associations Top 50 breweries, it’s safe to say craft beer is ingrained in San Diego’s identity.

The standard for craft beer is high in San Diego, starting right on campus. The SDSU program has brought in local craft beer enthusiasts come into classrooms to share their expertise and involvement within the community with students. This opportunity to have local industry professionals as instructors isn’t only an opportunity for gaining industry insight, but an excellent opportunity to network among professionals in the local community.

Bill Syask, an instructor for the program, is a craft beer connoisseur for the Stone Brewing Co., which was ranked No. 10 in the nation for total beer sales. The instructors involved also foster a connection with the craft beer community.

“I’ll … ask students to become more involved in the budding craft beer community in San Diego by visiting different pubs and breweries — whether it’s as a class field trip or on their own,” Syask said in his profile. “Of course, we will taste a variety of craft beers in the class as well.”

Craft beer breweries are abundant in San Diego. From the unique botanical hoppy beers at Societe Brewing Co. to the wheat beer at New English Brewery, variety is everywhere. The program pushes students to explore the diversity of the craft beer culture in San Diego.

It’s the inspired creativity and diversity in the craft beer community that has allowed for quirky beer oddities, such as the famous “The Walking Dead” inspired craft beer made from smoked goat brains. Removed from the mediocrity of mainstream beer, craft beer has opened doors for many individuals to celebrate diversity and creativity in an industry stagnated with corporate chokeholds.

The collective local efforts and passion put into SDSU’s craft beer program proves the craft beer brewers on campus, and around the world, aren’t simply brewing beer, they’re brewing inspiration. It’s an inspiration that will quench the thirst for a successful future in San Diego, starting at SDSU.