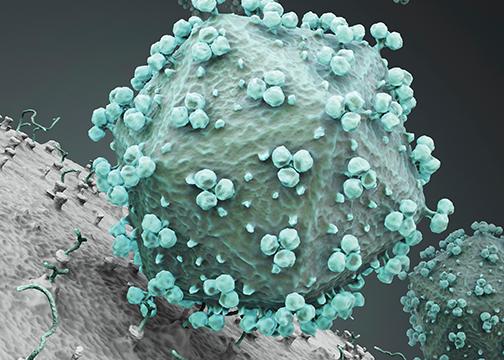 San Diego State hearing scientist and professor Peter Torre recently conducted a study with colleagues from other universities to see if HIV-positive adults are more likely to experience hearing loss.

“HIV tends to impair most aspects of the central nervous system,” Torre said. “Our hypothesis was to see what the effect, if any, of HIV infection on hearing sensitivity in adults (is).”

The study found that adults who are HIV-positive are more likely to experience hearing loss in comparison to those who do not have HIV. According to an article published last month on the National Institute on Deafness and Other Communication Disorders website, researchers discovered through the study that this loss comes in both high and low tones, about 10 decibels higher than HIV-negative men and women, no matter how severe the disease is and whether or not the individuals are taking HIV medication.

According to an article published on SDSU’s NewsCenter about this study, the researchers used middle-aged HIV infected adults who participated in two previously long-standing HIV cohort studies. They used men from the Multicenter AIDS Cohort study and women from the Women’s Interagency HIV Study.

Torre designed a procedure to screen the participants for different symptoms of hearing loss. After this screening, the patients had a basic hearing test at a university-based audiology clinic to determine the variety of tones that they could hear, ranging from 250 to 8000 hertz. Researchers also took note of whether the participant had been taking HIV medication, as well as their white blood cell count and the amount of HIV virus they had in their blood.

As of now there is nothing HIV-positive adults can do to reduce their chances of having hearing loss.

“Just knowing that HIV-positive adults might be more at risk for hearing loss means they should be more aware of this,” Torre said. “Then simply take the necessary precautions that anyone else would like wearing hearing protection in loud environments, minimizing those experiences in loud settings, and try to control HIV as much as possible through proper (Antiretroviral) medications.”

Torre conducted the study alongside colleagues from Georgetown University, Johns Hopkins University and the NIDCD.