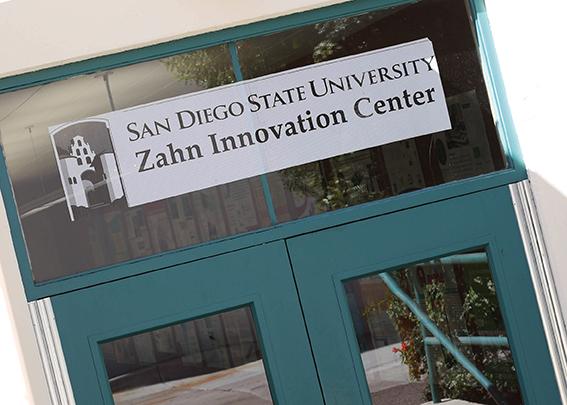 Nestled near the heart of San Diego State’s campus in the Industrial Technology building is the Zahn Innovation Center, an open office space where entrepreneurs bring their ideas to life thanks to the mentorship, tools and, for some particularly outstanding entrepreneurial teams, funding.

The money that these teams use to further their ideas is earned through competitions such as the Zahn Challenge in which teams compete for a total of $25,000 in cash prizes.

Applications for this challenge are now available online and are due by noon on Feb. 13.

Students, faculty and staff at SDSU can compete in one of three categories: a social track, a commercial track, and the Zahn Innovation Center team track. The social track is for entrepreneurial ideas that address a social need and work toward a common good, while the team track is open to teams who are already accepted into the Zahn Center.

Each category will award $5,000 to the first place winner, $2,000 to the second place winner and $1,000 to the third place winner. Additionally, there is an audience favorite prize of $1,000. All of the money comes from the Zahn family’s gifting branch called Moxie.

In addition to the monetary awards, winners will also receive automatic admission to the Zahn Center where they will have access to the H.G. Fenton Company Idea Lab as well as mentorship and other business resources.

“The spirit of the Zahn Challenge is to seek the best and brightest ideas and put money behind that search,” Executive Director of the Zahn Center Cathy Pucher said.

Teams are evaluated on a variety of factors, similar to teams applying for regular admission to the Zahn Center. The extensive application requires students to explain in detail the roles of various team members, the problem they’re looking to solve, what their solution is, the benefits the product provides, and who the target market is. Additionally, teams need to explain how many people would use the product, who the potential competitors are, how the team would make money, how the product would be sold, how motivated and dedicated team members are, and much more.

“All you need is an idea,” Bhairvee Shavdia, director of social innovation for the center, said. “We’re looking for individuals from all of the colleges. It’s a really unique opportunity to get a sizable amount of funding to develop your idea, and those types of opportunities don’t really come around all that often. If you have an idea, don’t be shy.”

Pucher estimates that there were fewer than 20 entries in the first Zahn Challenge and fewer than 100 in the second competition. This year, she is hoping for at least 150 entries. From the applications, 15 teams will be chosen to compete for funding by presenting to an audience and a panel of judges.

After teams have been accepted to the center, there are several check-ins and milestones in which teams must report their progress and plans for the future. Pucher said approximately less than half of the accepted teams make it past the 180-day milestone.

A huge hurdle to the teams can be the dedication and time needed to succeed.

“They get a mentor and they’re expected to be in here touching base with their mentor on a weekly basis, so what you find is a trend for those who end up leaving, (which) is that they’re not really coming into the center, they’re not really meeting with their team,” Pucher said. “The teams that do really well are in here every day.”

Selected teams will present to the judges on March 3, and an award ceremony will be held between 3 to 4:30 p.m. on March 6.