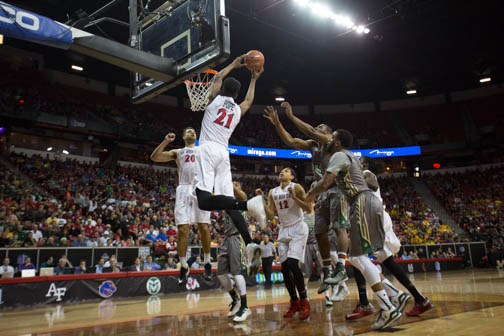 Junior forward Winston Shepard began the Aztecs’ night with style, driving right down the middle of the Rams’ defense for a one-handed dunk to start the scoring for the night.

Senior forward Dwayne Polee II leads all scorers with 12 points to go along with his team-leading four rebounds.

Freshman forward Malik Pope left the game midway through the first after rolling his ankle on a CSU player. The U-T San Diego’s Mark Zeigler later reported Pope had a sprained left ankle and his return was questionable.