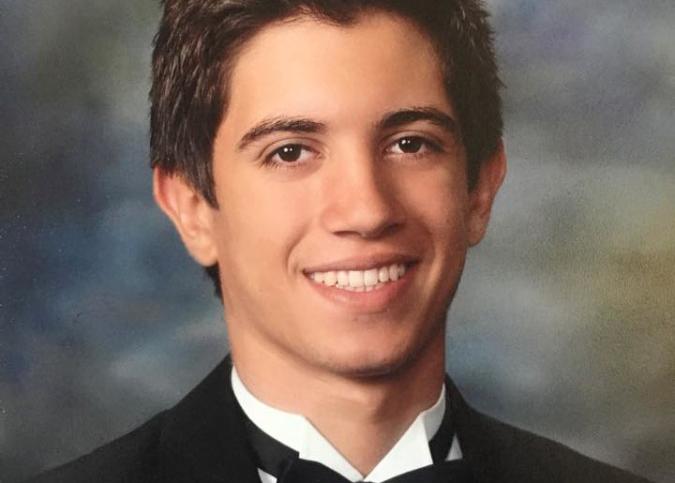 The body found in Lake Murray on March 27 was confirmed as that of a missing 18-year-old San Diego State student, according to the San Diego County Medical Examiner’s Office.

Christian Pier Ayala died by drowning himself, according to the medical examiner’s office.

He was a mechanical engineering freshman, according SDSU.

“The San Diego State University community is extremely saddened to learn of the passing of our student, Christian Ayala, and we offer our deepest condolences to his family for their profound loss.  It is difficult to accept when a life is lost so young, and it is impossible to comprehend what his family and friends are going through at this challenging time. The university is here to support them in every way we can. We have spoken with Christian’s family and they wanted people to know that Christian was a brilliant and beautiful person. Their hope is that others reach out for help when they are in need.”

Authorities began searching for the student on March 26 after a park ranger found Ayala’s belongings on the shore of Lake Murray along with a single set of footprints that led to the lake, San Diego Fire-Rescue Department spokesman Lee Swanson said.

A punctured raft and a bottle of vodka were found floating in the water on March 26, according to the medical examiner’s office.

According to the U-T San Diego, police said authorities searched Ayala’s dorm and found a suicide note that referred to a body of water.

More than two dozen officials from around the city helped in the two-day search for Ayala’s body. His body was located under 60 feet of water on March 27 using sonar techniques often used to locate objects underwater, Swanson said.

Funeral and memorial services were held for Ayala in his hometown of San Jose, California on Sunday, according to a Facebook post shared on the San Jose Teacher’s Association page.

SDSU students and the community impacted by Alaya’s death are encouraged to speak to Counseling and Psychological Services by calling 619-594-5220 or visiting its website.