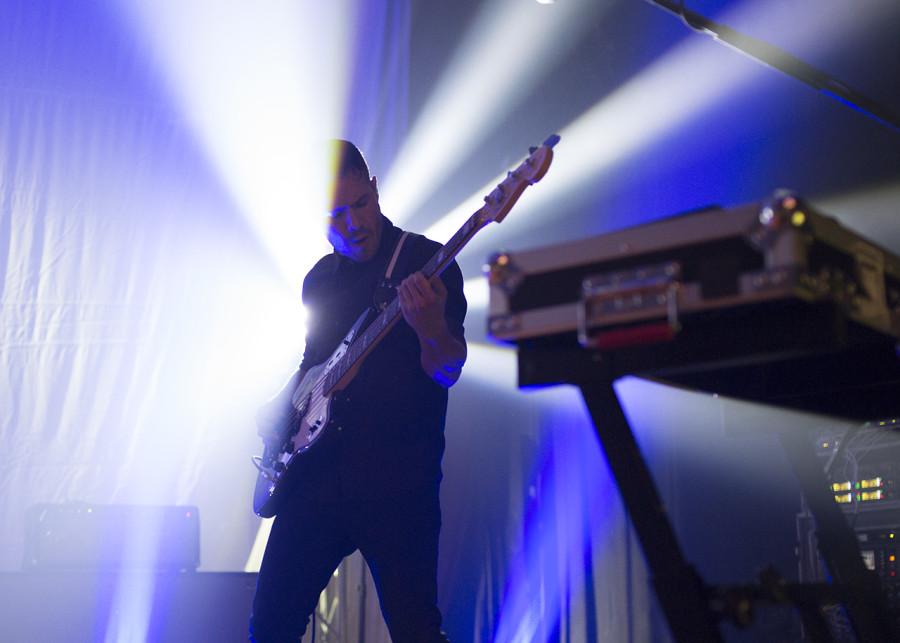 by Sarah Tanori and Christine Whitman

There’s always a nervous energy in the room waiting for a band to emerge and start playing. Atlas Genius was no exception at its House of Blues performance on Sept. 2. A crowd of all ages waited eagerly, unsure of whether to scream from excitement or to wait in silent anticipation for an opening guitar riff.

The opening acts were none other than Los Angeles natives, The Shelters and Brooklyn natives, Dreamers.

Instead of compartmentalizing genres of music, Atlas Genius tries to ignore boundaries in the music industry to create an entirely new sound.

“We’re starting to see these arbitrary lines disappear,” Keith Jeffery said. “People are taking elements from all these different genres, which is what’s were trying to do.”

After growing up listening to artists like Led Zeppelin who have recorded songs that stretch to six minutes or more, he would also like to see an extension to the limit of how long singles can be in the mainstream music scene.

Atlas Genius released its first album “When It Was Now” in 2013, and the band is currently touring the U.S. following the recent release its second album “Inanimate Objects” on Aug. 28. This album features 12 songs, each maintaining the original Atlas Genius style while also adding refreshing elements.

“We wanted to take the way it feels playing live and put those experiences into our new album,” Jeffery said. “When we started to tour with them, they morphed into slightly different songs.”

Atlas Genius created a different atmosphere in the traditionally intimate venue of House of Blues with its perfectly harmonized ensemble, making the audience feel larger than life. The band constantly switched between upbeat alternative anthems to slower pop-rock ballads with electronic elements, which constantly kept the crowd on its toes and wondering what would happen next throughout the evening.

The set list included several songs off of the band’s new album such as “Refugees,” “The Stone Mill” and the album’s single, “Molecules,” which could easily become a crowd favorite as the tour progresses.

Although for Nicole Jacobson, a San Diego State biology freshman in attendance, her favorite song from the show was “A Perfect End.”

“The mix of old and new music was awesome and exciting to watch,” Jacobson said. “Keith Jeffery connects so well with the audience and is such a natural performer.”

Atlas Genius closed the show with the single and fan favorite from its first album, “Trojans,” which kept the audience cheering even after the band’s departure from the stage.