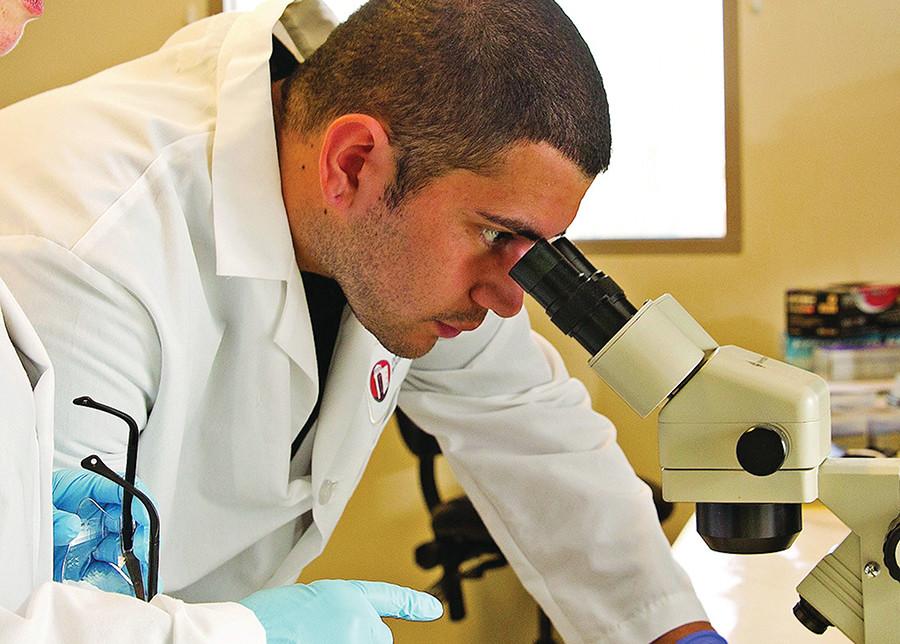 San Diego State researchers saw an increase in funding of $12.5 million in the most recent fiscal year.

Researchers at the university have garnered roughly 700 awards from 287 national, state, local and private sponsors, including the National Institutes of Health, National Science Foundation, National Endowment for the Humanities, NASA, the California Department of Education and ExxonMobil Research and Engineering.

The award allows Battiato to receive a five-year, $150,000 allotment to be used toward her summer salary and research expenses.

Battiato said external funding puts SDSU on the map with other research schools.

She said external funding is critical for SDSU to increase its national rank among research institutions and stay ahead of the competition chomping at its heels.

“It is what I worked so hard for many years and I promise it will make a real impact on our society,” Battiato said.

With the goal of becoming a top-50 research institution, the university continues to gather support for the research done by SDSU faculty and it plans to recruit much more research staff.

Research at SDSU continues to thrive through external grants because funding supports students and scientists who are going to perform the work, Battiato said.

The university received a large number of awards last year, including a $3.5 million, five-year grant from the National Institutes of Health to aid in the research of autism spectrum disorder affecting the lives of aging adults.