What Cage committing to Oregon means for SDSU hoops 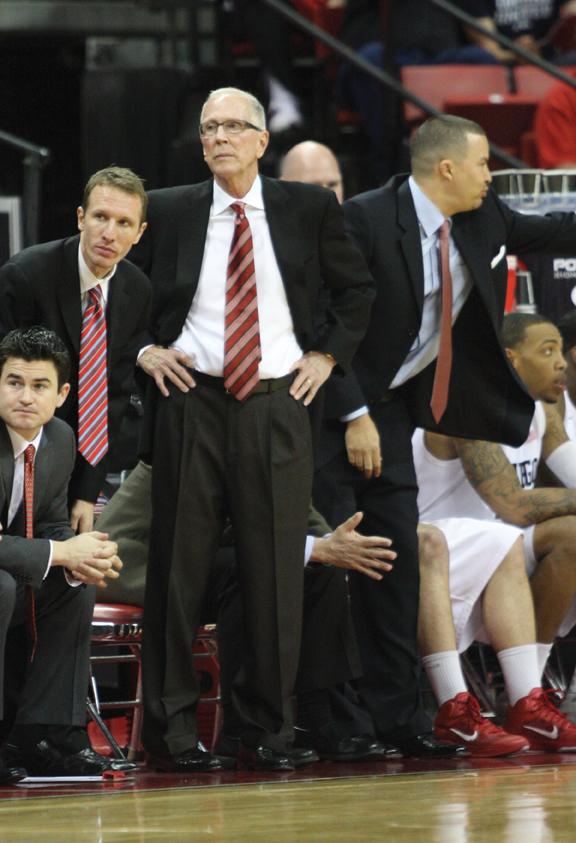 It had a perfect script. The son of a basketball legend following in his father’s footsteps. An older sister playing volleyball at the same school.

A legacy already in place, looking, hoping for someone to continue it.

Maybe Michael Cage Jr. wanted to make his own legacy.

The four-star 2016 power forward from Mater Dei in Santa Ana verbally committed to University of Oregon on Saturday, giving the Ducks another elite commit for 2016 and meaning San Diego State didn’t land arguably its top target.

Many thought SDSU was the favorite to land Cage Jr., the son of Aztec basketball legend Michael Cage, who’s now a broadcaster for the NBA’s Oklahoma City Thunder.

According to 247sports.com’s “Crystal Ball,” which is a metric the site uses to try to predict where recruits go, there was a 71-percent chance of Cage Jr. committing to SDSU. It’s important to note, though, that the Crystal Ball isn’t always on the money.

It’s the second time in this calendar year that a 2016 recruit has picked Oregon over SDSU. Keith Smith, a forward from Rainier Beach High near Seattle, initially committed to the Aztecs back in February, but changed his mind two months later. He committed to Oregon a week after reopening his recruitment.

Cage Jr. took his official visit to the Aztecs on the first weekend of September so he could watch his older sister Alexis, a sophomore outside hitter on the volleyball team, play in a weekend tournament.

But he took an official visit to Oregon last weekend. Apparently that was enough to sway one of the more highly rated prospects still available on the West Coast.

Although Aztec nation might be quick to point the finger at the reported NCAA investigation hovering around the school, it’s unknown how much, if any, of a factor the story played in Cage’s choice.

For starers, SDSU has at least two scholarships to fill for the 2016 season. The Aztecs made some headway, though, when 2016 power forward Jalen McDaniels verbally committed to the Aztecs last month.

Steve Fisher’s attention turns to seeing if he can get coveted five-star power forward T.J. Leaf to turn his sights away from UCLA and consider playing for the Aztecs. That might be a tougher ask now because Leaf’s high school teammate, four-star point guard Jaylen Hands, committed to UCLA just two weeks ago.

Stanback is a center from Pasadena Maranatha High who has four stars from most recruiting services. Last season he battled what the Los Angeles Times called an “undisclosed medical issue.” The Aztecs have a need for a big man in 2016, since current seniors Angelo Chol and Skylar Spencer will have graduated.

247sports.com gives Arizona State the highest chance of landing Stanback, with University of Colorado, USC and SDSU trailing. Stanback had his official visit with the Aztecs on the first weekend of September along with Cage Jr.

Bailey is a four-star rated small forward from American Fork, Utah. Scout.com calls Bailey an aggressive scorer, something SDSU lacked last season and might have a need for should Malik Pope declare for the NBA draft.

ESPN.com and 247sports, however, don’t even have the Aztecs as part of the list of schools Bailey is interested in, with 247sports heavily favoring MarquetteUniversity  to land him.

Matthews is a shooting guard from Santa Monica and is ranked No. 70 on ESPN’s top 100 prospects for 2016. He visited Gonzaga University last weekend and reportedly doesn’t have SDSU as a frontrunner.

Do the Aztecs have a new recruiting rival?

Another aspect of Cage Jr.’s commitment to Oregon is the sudden recruiting war SDSU is having with the Ducks. The Aztecs swiped University of Missouri sophomore transfer Montaque Gill-Caesar from Oregon’s grasp back in August. Gill-Caesar had taken an official visit to Oregon two weeks before taking one to SDSU.

Four days after the visit with the Aztecs ended, he announced his commitment via Twitter and enrolled the following week.

Keith Smith verbally committed to the Aztecs then reopened his recruitment. A week later, Oregon snapped him up. A key thing to remember is a verbal agreement is non-binding, unlike the national letter of intent, which basketball players sign on Nov. 11 of this year.

Then Cage Jr., the odds-on favorite to sign with SDSU instead picks Oregon.

The recruiting battle with the Ducks hasn’t been around long. Sophomore forward Malik Pope picked SDSU over Oregon back in 2013. The Aztecs and the Ducks are also currently fighting it out for 2017 five-star big man Brandon McCoy from Morse High in San Diego.