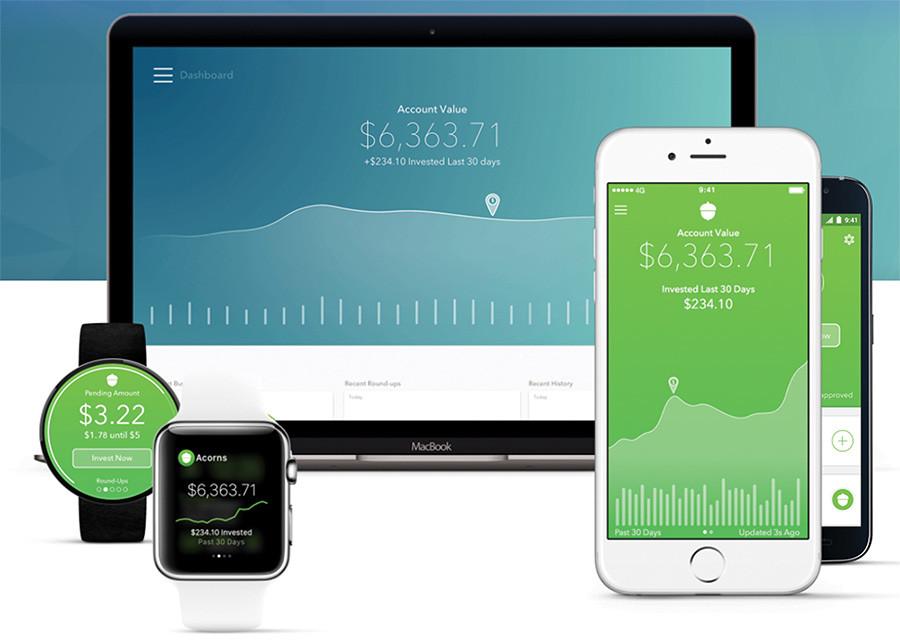 A new mobile investment application called Acorns is made for college millennials who are interested in investing spare change.

“Acorns is really designed for anyone and everyone, but millennials seem to love it because it’s simple,” Acorn’s College Program Manager Taylor Dance said. “We’ve taken something that used to be very hard, confusing and expensive and made it simple and affordable. It’s mobile-first and built for the next generation of investors.”

For example, if a student spends $3.74 on a chai tea, Acorns will automatically round up to the nearest dollar and put the 26-cent difference into the student’s Acorns account. Once the account reaches $5, the money is invested into a diversified portfolio.

“With features like recurring investments and round-ups, Acorns is helping people set aside money that they wouldn’t otherwise set aside,” Dance said.

In July, Acorns announced they would make the app free for students and allow them to forgo the typical $1 monthly membership fee automatically charged to accounts under $5,000. Accounts holding more than $5,000 are charged 0.25 percent of the account balance every year.

“Acorns users can choose from five investment portfolios, ranging from conservative to aggressive, and can change portfolios at any time,” Dance said.

But once the user chooses what portfolio to invest money in, the user cannot determine whether there will be a gain or loss in profit.

“Investing is subject to market risk,” Dance said. “However with modern portfolio theory, our portfolios are constructed to maximize return versus risk.”

The app has 500,000 investment accounts opened and 70,000 daily active users. Seventy percent of users are younger than 35.

“For a beginning way of investing, I think it’d be a smarter way to go, rather than like trying to play your odds at the stock market,” journalism major Brandon Lim said.

The Irvine-based company was started by father-son team Walter and Jeff Cruttenden.

“Acorns got its start when Jeff was in college,” Dance said. “He noticed that his classmates were interested in investing and wanting to start, but couldn’t because of the barriers that were put in place.”

Acorns’ competitors include Mint, BetterMent, and FinMason. The app has been featured in Forbes, Mashable and other major news publications.

“Our mission here is to help people save and invest,” Dance said. “Other companies that are furthering that mission, we don’t really see that as competition.”

Credit or debit card numbers, personal information, such as social security number and address, classification of income, and student status are required when registering for an Acorns account.

“It sounds legitimate, but I think people just have to be wary of what they are signing up for before they actually sign up for it,” Lim said.

“A few years ago this would probably pretty weird and I’d say no, no way,” he said. “But with all the different apps and banking apps you can do with the touch of your finger and logging in with your thumb print now, it’s probably getting more normal for to people to have apps with that much access to you,” he said.

This article previously said that students cannot control which portfolio their money is invested. A correction has been made to clarify that users can choose from five investment portfolios.