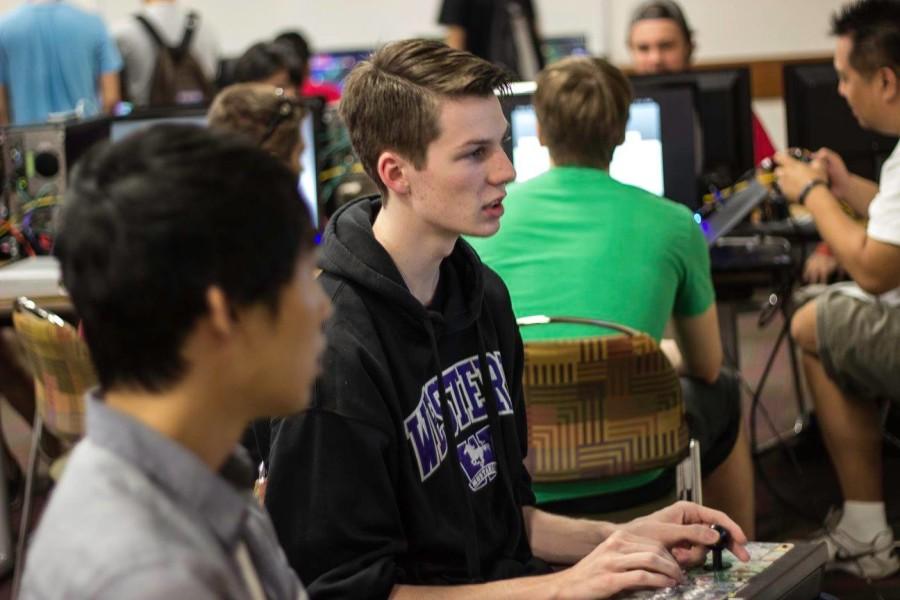 Walking into Templo Mayor and watching it transform last Friday into a video game mecca was sight to behold. People were kicking back, having a good time and having some healthy competition.

The San Diego State eSports Club put together its first-ever Aztec GameFest, hosting a bevy of tournaments for games such as Super Smash Brothers 4, League of Legends and CounterStrike: Global Offensive.

Around 100 people attended the tournament, whose monetary proceeds and the grand total earnings were donated to Aztecs Rock Hunger.

Local sponsor Lan Diego furnished GameFest, providing gamers with desktop PCs, consoles and TVs for everyone to game on. From 11 a.m. to 8 p.m. last Friday, students and guests played with friends in a casual and competitive environment.

Lan Diego brought over 15 gaming PCs for gamers to play on. Featuring a library of games, from Hearthstone, to CounterStrike, Defense of the Ancients 2 and League of Legends, there was a game for everybody.

GameFest even featured a Rock Band station, letting gamers relax from all the competitive play to jam out with their friends. Fighting games have reigned supreme at local events. There’s nothing more satisfying than talking trash and getting smashed.

Players crowded around each television set, with nearly all the stations plugged in with Nintendo GameCubes and Wiis, as everyone duked it out on either Super Smash Brothers Melee or Super Smash Bros. 4.

“It’s great to come out to events like these, playing with (likeminded) people who share your interests, but also push you to be a better player,” he said. “Doing it for a good cause makes it even better.”

ESports has grown over the past three years, and Aztec GameFest is just another step for the organization.

ESports President Elbert Guico has fostered a community of gamers that are able to come and play together, feel safe and create a sense of belonging here on campus.

The goal for eSports and GameFest was simple.

“(To) make a social impact on the community and bring everyone together so they could experience what we love, as well as have an impact on the school with the Aztecs Rock Hunger,” Guico said.

GameFest was also the perfect way for Elbert and eSports to show appreciation to its members, treating them out to an event with food and tournaments.

Gone are the outdated stereotypes of socially awkward kids crammed in basements playing the Nintendo 64. Now, anyone and everyone is a gamer.

With two campus events spearheaded by eSports, sponsorship from local companies and the Aztec Shops Bookstore, Esports continues to grow at SDSU.

Its biggest event, Lan Diego, is coming up on its fourth iteration, and it’s looking to be the biggest one yet.

Hosted once a semester, last semester’s Lan Diego 3 brought together over 300 participants from all over California for one of San Diego’s biggest video game tournaments. League of Legends voice actor, Adam Harrington, even made an appearance last year.

With some prize pools of over $1,000 for some games, Lan Diego has garnered the spotlight within the San Diego video game community and it will take place on Nov. 14.

Aztec GameFest is only the beginning of this year’s campus festivities for SDSU eSports.

There will be a viewing party for the World Championship Finals for League of Legends this Saturday, Oct. 31 at Dave and Buster’s.