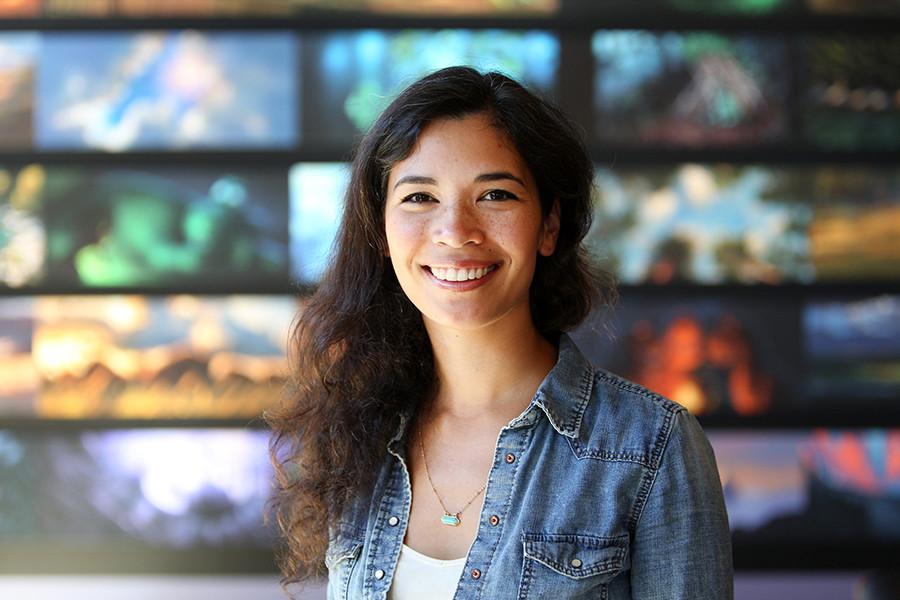 Rosana Sullivan is a Pixar storyboard artist who is most notable for her recent work on the upcoming film “The Good Dinosaur.” As a child who doodled imagined characters in notebooks, Sullivan never believed that her love of drawing would become a career. However, before becoming a storyboard artist, she took a roundabout way of turning her passion into a profession.

Sullivan attended the University of San Francisco as a biology major with the hopes of becoming a veterinarian. During her fourth year of college, one of her teachers encouraged her to apply for an internship at Pixar. While this seemed random to her at the time, she decided to apply for the semester internship and ended up with an unforgettable experience.

“When I landed my internship at Pixar, it was liked the universe cracked open,” Sullivan said. “The single best thing I did in my life was make the switch from biology to storyboarding, and I have no regrets.”

After Sullivan completed her internship, she was certain that she had found her passion. She officially applied for a position at Pixar, but was not offered a job. She knew then that she needed to seriously focus on her drawing if she wanted to make a career out of it.

Sullivan attended Academy of Art University in downtown San Francisco and later worked for Kabam gaming studio. After nearly five years of perfecting her craft, She decided to apply for Pixar again. This time, she got the position.

“Students need to know that if they don’t succeed at first with getting what they want, don’t be afraid to work on getting as much experience as possible,” she said.

As a storyboard artist, Sullivan is responsible for roughly sketching out a scene in a movie. After capturing different types of settings and character emotions, storyboard artists then pitch their ideas back to the director.

In the collaborative environment of story board artists, Sullivan says she works with a team of individuals. Sullivan believes that it’s humbling to work with so many fun and talented individuals.

“It almost seems unreal to be working in an environment with people who are not afraid to be silly,” Sullivan said.

Last week, Sullivan spoke about “The Good Dinosaur” and her experiences on the film with theatre, television and film professor Sam Shpigelman’s Cinema as Art and Communication class.

Sullivan cheerfully presented never-before-seen clips from the animated film and even demonstrated a live example of storyboarding for the class to see.

“I think the animation in the movie looks great, and I look forward to seeing the rest of it once it’s released,” Muto said.

With an audience of more than 500 students, Sullivan captivated the large crowd with her charm and charisma. She added quirky sound effects while introducing the movie’s characters and joyfully answered a plethora of audience questions. Clearly, Sullivan’s passion lies in Pixar.

“No matter how difficult or how long Rosana’s journey was, she persevered and worked hard toward achieving her ultimate goal, working for Pixar,” Shpigelman said.

Sullivan began her storyboard adventure on “The Good Dinosaur” in April 2011 and concluded in April of this year. During this time, Sullivan poured her heart and soul into various aspects of the film.

“It’s a bittersweet feeling to see the final version because I have seen all aspects of the film that everyone doesn’t get to see,” she said.

However, Sullivan’s time with Pixar is far from over. She’s currently working on the next Pixar film, “Coco,” an animated flick based on the Mexican celebration of Dia de los Muertos.

Before Sullivan concluded her presentation to the students, she provided the large lecture hall with a piece of advice.

“Making a feature film is not a sprint, it’s a marathon,” she said.

From her days as a doodling child to her dream job at Pixar, Sullivan is a prime example of how a student’s perseverance and motivation can pay off in the long run.