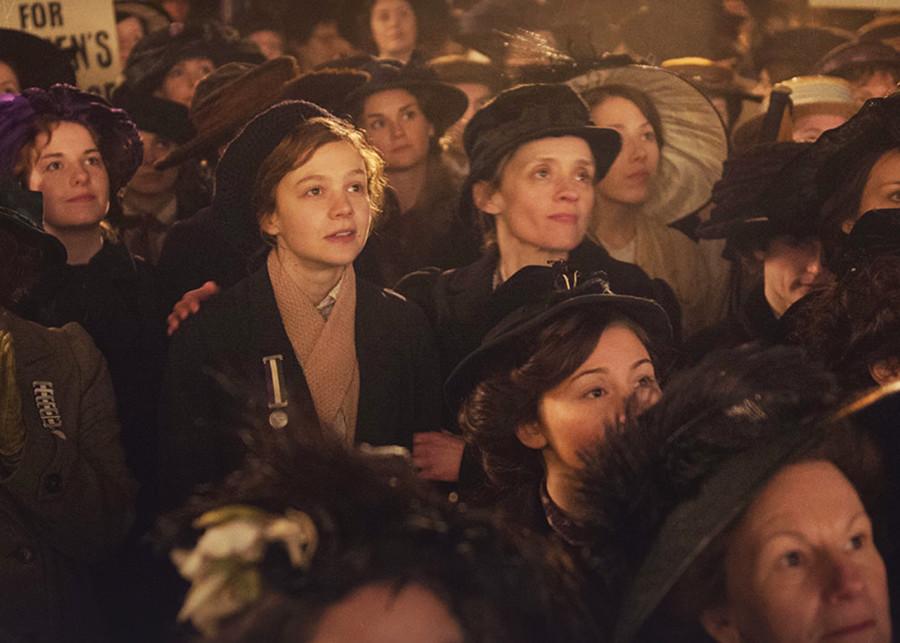 The discussion of equality and women’s rights has been a reoccurring theme in today’s media, especially with the rise in recognition of the Feminist movement.

Although women who fight for equal rights have been recently identified using the term, “feminist” the movement has existed far longer under a different name.

“Suffragette,” directed by Sarah Gavron and written by Abi Morgan, centers on the civil disobedience campaign of activists for women’s right to vote, and conveys a large portion of neglected British history.

For more than half a century, women had peacefully protested their government for the right to vote, but were consistently ignored and denied, causing the fight for equality to become increasingly militant.

As the activities of suffragettes became more militant over time, the film makes it clear although suffragettes damaged property, they would not endanger human life.

The film takes its audiences on a trip to the epicenter of London to follow a small group of suffragettes throughout their quest for equal rights.

The group faces several problems during their activities, including some brief stints in jail.

Rather than following a high-profile activist, such as historical figure Emmeline Pankhurst, portrayed by Meryl Streep, the film focuses on Maud Watts, a working-class laundress, wife and mother portrayed by Carey Mulligan.

“They had the most to lose and made the biggest sacrifices,” Mulligan said. “Women realized that they needed to fight for this cause and they didn’t have a choice anymore.”

Although Watts accidentally finds herself unwillingly involved with the suffragette movement at the start of the film, she is consistently appalled with the way women — especially working class women — are treated in society.

Working class women worked longer hours and received far less pay than men at the time, demonstrated through the interactions between Watts and her husband Sonny, portrayed by Ben Whishaw.

Watts’ socioeconomic status makes identifying as a suffragette increasingly difficult throughout the film, having significantly more to lose than privileged women involved with the movement.

Although Watts faces greater challenges than her counterparts, her involvement only increases with time.

The film creates a clear and concise message of the time period, but audiences may leave the theatre with a sense of confusion after understanding the activities of suffragettes did not result in women finally receiving the right to vote.

The film shows audiences the courage, conviction and sacrifices suffragettes made for equality.

“(Audiences) are seeing a snapshot of history,” Mulligan said. “There are so many other stories to tell in terms of women’s suffrage.”

But more importantly, audiences will realize many issues portrayed in the film are still relevant in today’s society — which is the entire point of the film.

The film was left unresolved as a social commentary that, despite progress, women are still denied the right to vote in countries all over the world.