Park puts improvisation skills to use 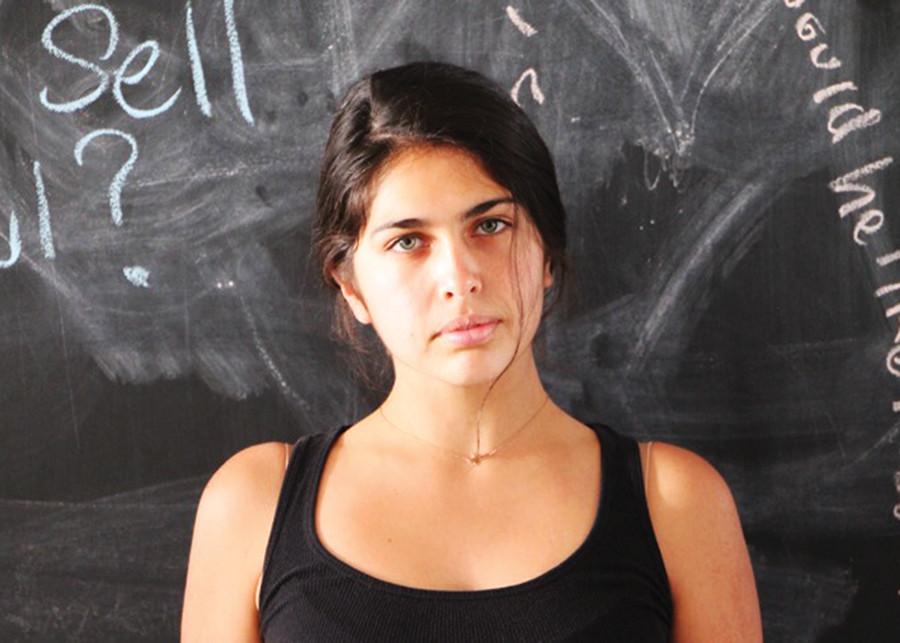 In the theatrical production of “Wizard of Oz,” stuffed animal Toto isn’t scripted to unceremoniously fall out of Dorothy’s basket. This was, however, Alexis Park’s introduction to improvisation.

As Dorothy in her first grade rendition of “Wizard of Oz,” she learned the importance of quick thinking while performing live and simultaneously stole the show when she booted Toto offstage with her ruby red slipper so that her castmates wouldn’t step on him.

The theatre arts sophomore used this same skill to improvise during a callback audition that landed her a leading role in the School of Theatre, Television and Film’s production of “Doctor Faustus Lights the Lights.”

The play will run Dec. 2-6 at the Don Powell Theatre. Students and community members will be able to watch Park transform into Mephisto, the cunning creature of havoc. In short, Mephisto is the devil — literally.

“She is malicious, fun, clever, sultry and just plain awful,” Park said. “With this show, we have the unique experience to create our characters from scratch.”

Few will confess personal traits they can channel to play the devil on stage, but Park admits two.

“Mephisto’s evil intentions removed, we both share persistence and determination,” she said. “When we face problems, we find solutions. If a door is locked, we break a window.”

Of course, literal window-breaking is not in Park’s wheelhouse. Behind the scenes, she’s a member of Alpha Delta Chi, the Christian sorority on campus.

“It’s been a running joke how ironic it is that the girl in the Christian sorority is playing the devil,” she said.

Park credits the Bible as a reference that she and fellow cast members utilized for character work — a logical resource considering the production’s connection to the Old Testament.

At its most basic level, the show concentrates on the question, what happens when one sells his or her soul to the devil? In playwright Gertrude Stein’s modern retelling, Dr. Faustus sells his soul to Mephisto for electric light.

“It’s completely abstract in nature,” Park said. “Everyone is going to leave with different perceptions of what actually happened.”

In addition to revitalizing a classic tale, Stein also revolutionizes the viewer experience.

The audience is just as much a part of the show as the actors on stage.

“An average person would go to see a play and expect to be quiet, silence their cell phone and be very serious about pretending they aren’t even there for the actor’s sake,” theatre arts senior and cast member Sara Dotson said. “In this play, the audience is acknowledged throughout and asked to participate.”

Equally distinctive is the creative freedom director Peter Cirino expects of his actors.

While each individual largely composes his or her own character complex, the respect and trust within the team must be unwavering.