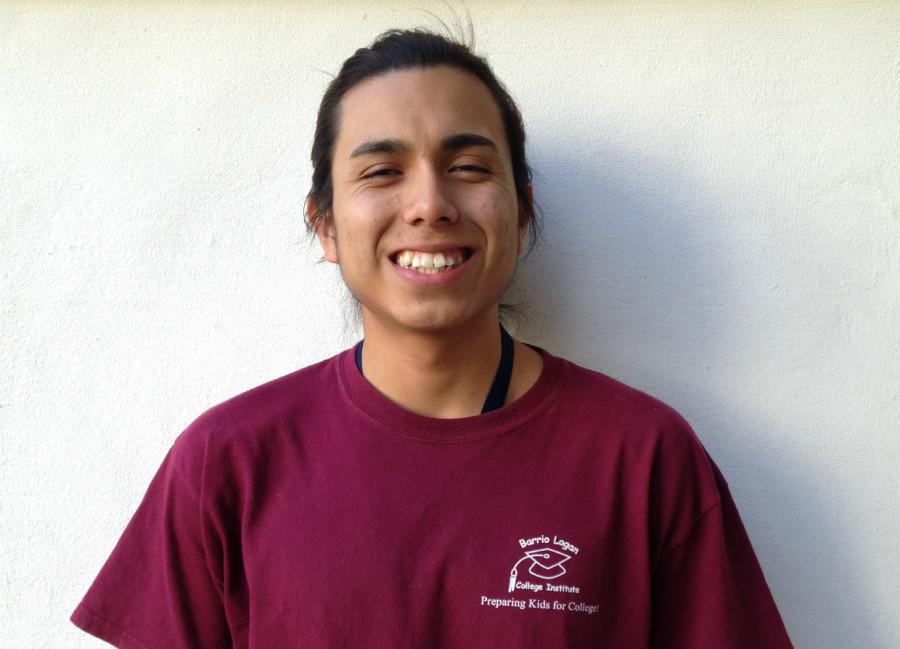 San Diego State philosophy freshman Francisco “Panchito” Martinez was recognized as an Outstanding Youth Volunteer by the Association of Fundraising Professionals this month.

Martinez said being recognized for his volunteer work feels like a step in the right direction in making himself known and providing higher education to people in his community.

Martinez first became involved in the BLCI after-school program in fourth grade. Although he didn’t start officially volunteering for the program until his junior year of high school, Martinez would help set up and clean up any events the BLCI offered.

“I found different ways of giving back and just throwing out the trash,” he said.

Martinez’s involvement with the institute didn’t really pick up until BLCI Executive Director Jose Cruz took him on as a mentee, Martinez said.

“He showed me the value of college, that it wasn’t just job training, and it wasn’t just to make money, but it had a different value, that it could help me reach my goal of helping my community,” he said.

Martinez volunteered first with the group Circulo de Hombres and then became the founding president of the Executive Director’s Leadership Council as a high school senior.

“The point of it is to create leaders from the community for the community, so we teach them about leadership, emotional intelligence, strengths, nonprofits, issues in their community,” Martinez said. “They learn a lot about themselves and the world around them.”

Martinez also works as a peer leadership consultant for Student Life and Services at SDSU. He hopes to create a club on campus for BLCI students.

“I want our students to get more out of (their) experience when they come to San Diego State because there’s a few students from BLCI, but we don’t really have a … network,” he said. “Just having a little group … (from) the same community, (with the) same values.”

Martinez chose to study philosophy at SDSU as a way bolster his personal values.

“I know you ask a lot of questions, put yourself in different situations, and you question a lot of the things you believe in,” he said. “One of those things would be my values, and I’m using philosophy to make sure I know what my real values are … then I’m able to face any situation.”

Martinez hopes to continue to help those in disadvantaged communities.

“Life isn’t easy, especially if I want to advocate for people’s needs,” he said. “I know there’s going to be a lot of push that I might (face), so I need to remember who I’m serving and why.”