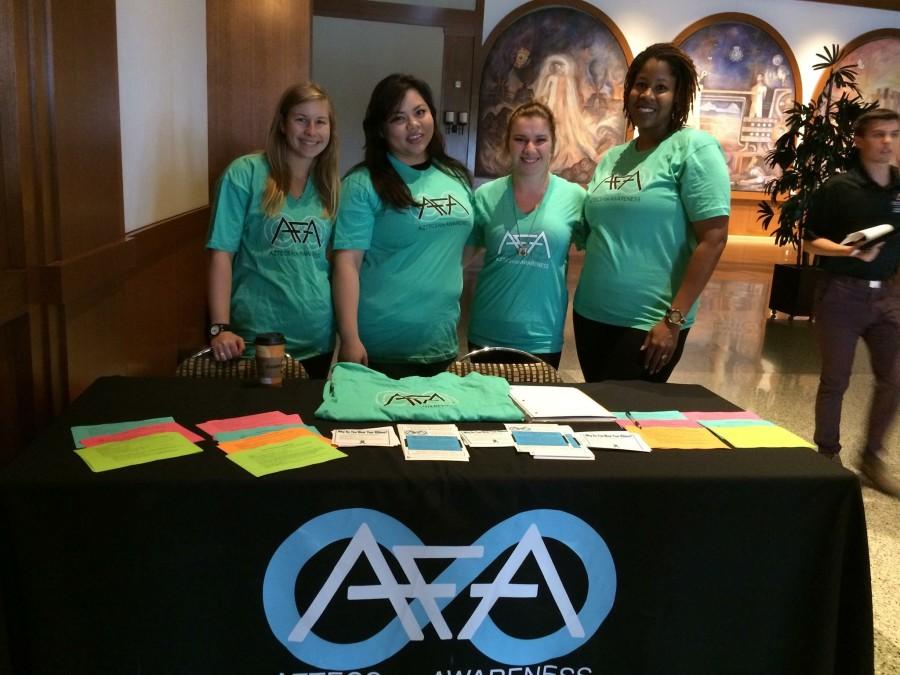 Aztecs for Awareness, an organization started by FratMANners, is bringing awareness to the resources available for sexual violence on campus.

The organization was started by members of FratMANners three years ago, when they looked around San Diego State organizations to see if there was club that educated students on sexual assault. When they found none, the decided to create one.

The difference between Aztecs for Awareness and FratMANners is that FratMANners has male students that provide the service of getting training for sexual assault, as well as help train others. Aztecs for Awareness provides the resources for students, giving them information about where to go if they have been sexually assaulted or what they can do.

This year the priority for Aztecs for Awareness is Take Back the Week, an international event focussed on ending sexual violence in all forms.

For the first time, SDSU will have a week dedicated to sexual assault education and awareness in the spring.

Making this a week-long event has taken a lot of work from several organizations, said Taylor Parrish, program director for Aztecs for Awareness.

“Our goal for Take Back the Week primarily is to get people to talk about everything there is from resources to the actual event that we are having in relation to sexual assault,” Parrish said.

Aztecs for Awareness President Tanisha Scorza and her board members are trying to figure out what type of sexual assault education or programs the campus needs. They hope to make those programs easily accessible for students, faculty and staff.

The organization is working alongside SDSU’s Women’s Resource Center is to develop ally training.

Students, administration, faculty and staff and will learn how to handle a situation if a sexual assault survivor opens up to them about their experience. The training will explain all the resources they have available to them.

“As a school people need to know how to handle the situation when someone confides with you and tells you that they have been sexually assaulted or raped, they need to know their own resources,” Parrish said. “So by having this training we are not only informing students, but we are also encouraging the SDSU community to come together about this.”

Parrish hopes this will be available for students and faculty some time by the end of the spring semester.

Scorza said Aztecs for Awareness would eventually like sororities to go through this training so the Greek community has a safe space to talk with one another about sexual assault if it ever occurs in a house.

“Being a male that is in a female-dominated organization and topic, I would really like to see more men speak out and be active, because of course it is also our job to help,” Parrish said.“Men have a history of not doing anything about this topic, and I would like to see that change.”

Aztecs for Awareness meets every other Tuesdays at 1 p.m. on the top floor of Calpulli Center.