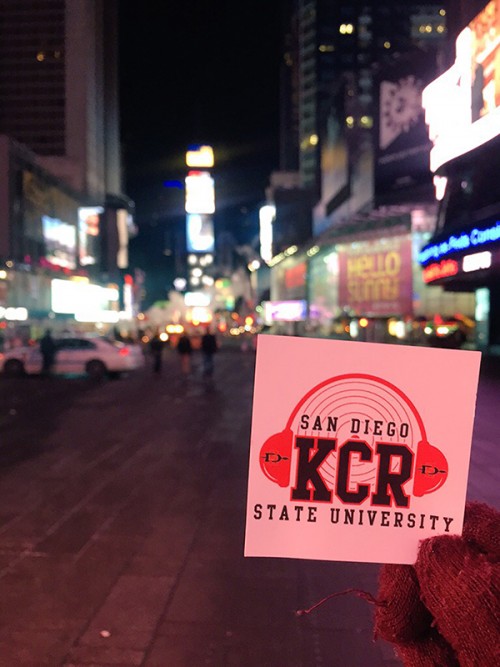 The station’s staff will travel to New York City in March for the awards ceremony.

The finalist for best newscast is journalism junior Quinn Owen. Posner is also the current sports editor of The Daily Aztec and Owen is the outgoing news editor.

Hoffman, along with Content Director Denise Chang, decided to redesign the website over the summer,and increase daily posts.

“Because we’re an online site … (if it) looks more professional and clean, people are more inclined to listen,” Chang said.

“Before we had a lot of problems with the technical stuff, so it was kind of hit or miss when it came to the quality, now the quality depends on who we have,” he said.

An emphasis on recruitment over the past year helped draw more people to the college radio station, particularly journalism students, Hoffman said.

“We had a lot more news this year, which was good, so that’s something that we changed this year,” he said. “It’s always about finding quality people and adding those to submissions.”

Submissions for the IBS awards increased 400 percent this year. Hoffman said the challenge for KCR will be competing against other programs that receive ample funding from their schools.

“In our category there are a lot of stations that are funded, have a full-time adviser and have a paid staff,” he said. “Here at KCR, we’re not funded by the school or anything.”

KCR stays on the air by requiring membership fees.

This year 150 people are part of the staff.

The university allows the station to operate in rent-free facilities. It also pays the utility bills.

“You’re paying to to be in it, so you might as well take advantage of it,” Hoffman said. “For the past three years, we really changed the focus and mentality, keep on the staff to keep putting out quality content.”

This is the third year KCR has been nominated for awards.

Hoffman said although members never expect to be nominated, the recognition is appreciated.

“Just to be recognized last year as best online radio station, (we were) really motivated to keep that up,” she said. “This is definitely the biggest award of the year.”

The awards ceremony will take place in New York City on March 5.