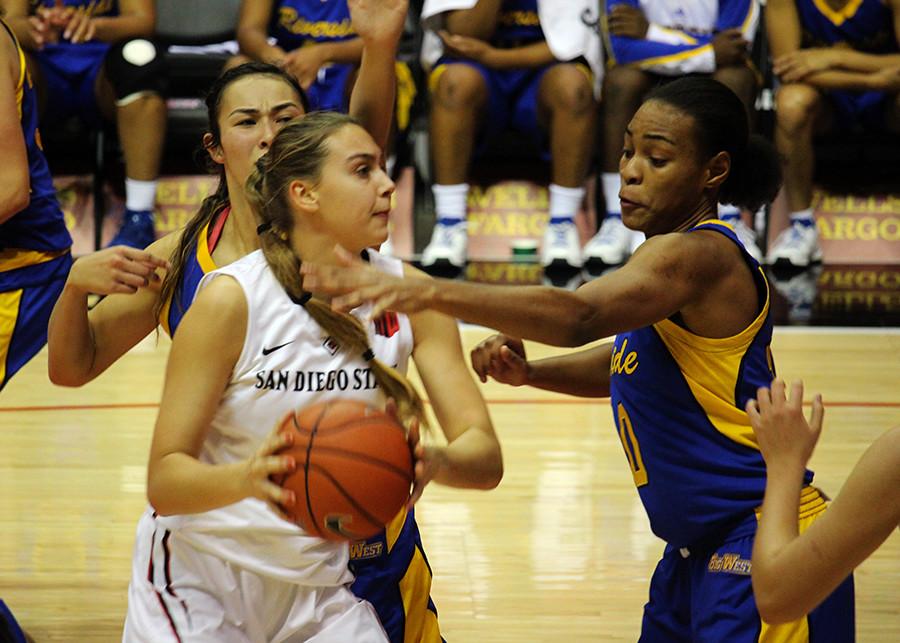 Twenty-six days into January and the San Diego State women’s basketball team is still trying to find the form it finished with in December.

The Aztecs have doubled their loss total in the last month and now sit at 6-12.

Good news is they are facing a University of Nevada team (3-15, 2-9 Mountain West) that has lost seven of its last nine.

SDSU has experienced a sharp offensive decline in the new year. In December the team averaged 63 points a game, but that average has dropped to 53 points a game in January.

Despite the decline SDSU averages more points a game than Nevada and gives up three less points per game to opponents.

“I think we just need to pick it back up and find the fire in the team,” sophomore point guard McKynzie Fort said last Tuesday. “Everyone needs to be confident in their shooting and look to attack.”

Fort averaged 11 points a game in three matchups with Nevada last season and is averaging 14.5 points a game this season, which ranks sixth in the MW.

The Aztecs have been facing a zone defense against most of their opponents because of their struggles from beyond the arc. Currently shooting 28 percent as a team, SDSU is ninth out of 11 teams in the MW for 3-point field goal percentage.

However, the Wolf Pack shoots just 26 percent from 3-point range so the Aztecs could look to play zone as well.

The Aztecs split the season series against Nevada last year before blowing it out 70-46 in the conference tournament.

The Wolf Pack is winless on the road thus far and the Aztecs have four of their six wins at home.

Tip-off for Wednesday’s matchup between SDSU and Nevada is set for 6:30 p.m. at Viejas Arena.