SDSU students learn about dam’s effects on ecosystems with ‘DamNation’ 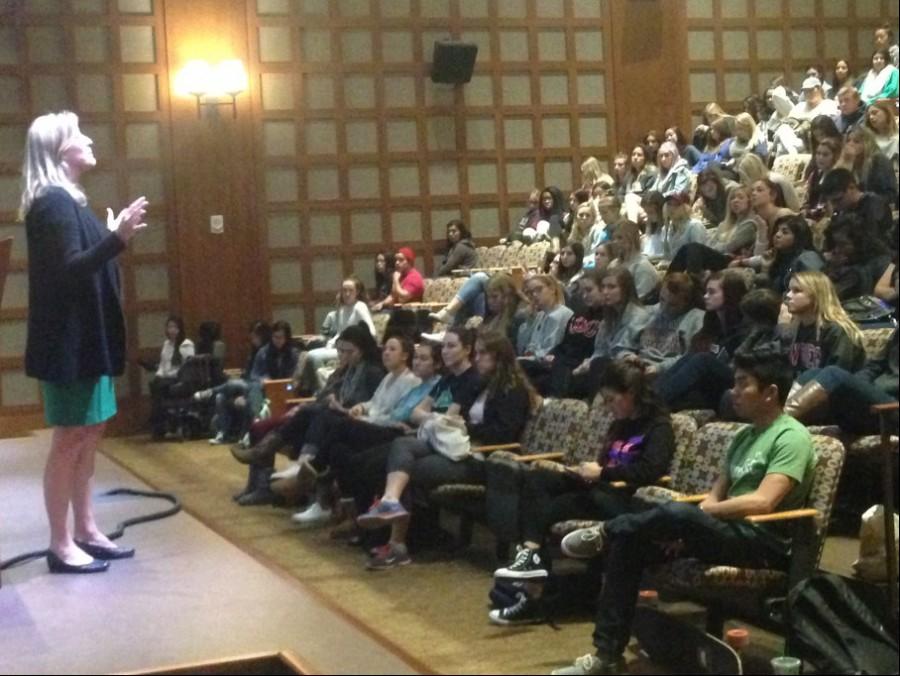 Approximately 240 San Diego State students attended a documentary screening and discussion about environmental river dams on Wednesday, Feb. 3, as part of an event with OneSDSU and Greenfest.

OneSDSU hosted a screening of the documentary “DamNation” followed by a discussion with Molly Costello, a geography lecturer at SDSU, about the environmental ethics of dams.

“DamNation” focuses on numerous dams around the country and the environmental impact they may be having on healthy rivers. The film features a number of activists who are advocating for the destruction of these dams in order to rebuild a river ecosystem.

In the discussion afterwards, Costello talked about the importance of healthy rivers.

“These are your decisions,” she said. “San Diego students are going to be the ones deciding how they want their rivers to look, when the value of the river is more important to them. So by starting to study and look at the issues right now, this gives them the opportunity to get engaged.”

Some of the questions she posed to the audience included, “Is dam removal radical or simply practical?” and “How might our scientific data on U.S. dam removals be helpful to developing countries that are beginning their large dam-building eras?”

Some students debated the possibility that dams could provide benefits to developing countries.

“These projects, while they bring a lot of benefits to the countries, come with huge costs with regards to many communities being picked up and moved,” Costello said. “There are big social consequences and economic consequences.”

During the discussion senior Caleb Collins Parks, who is studying computer science at SDSU, asked, “Is there such a thing as an environmentally friendly dam?”

While there are dams that have highly technological fish ladders to help with salmon migration, which is a major concern for eco-activists, it still isn’t enough, Costello said.

“What’s the foundation of the ecosystem? The sediment,” she said. “In fact, I think probably the most important thing we can do for new dam construction, and for existing dams, is to find some way to allow that sediment, though. That’s going to be the engineering feat of the millennium. It would change the landscape of this planet if we could do that.”

Parks attended the film screening as part of a political science class.

“(The documentary) was really pretty, but obviously biased,” he said. “I liked the lecture afterwards, that was interesting.”

Following the screening and discussion, students were invited to a Greenfest event, where they were able to pot a small plant in a recycled container and take it home.

Costello was pleased with the turnout for the event.

“I was so thrilled to see all of the students here,” she said. “There were hundreds. I was surprised, for something that has generally been considered a little bit more on the radical edge of river management, to see such a big group. I was excited by the enthusiasm of the students.”

OneSDSU is a campus organization that provides intersectional opportunities for students to explore with other individuals who derive from diverse backgrounds.