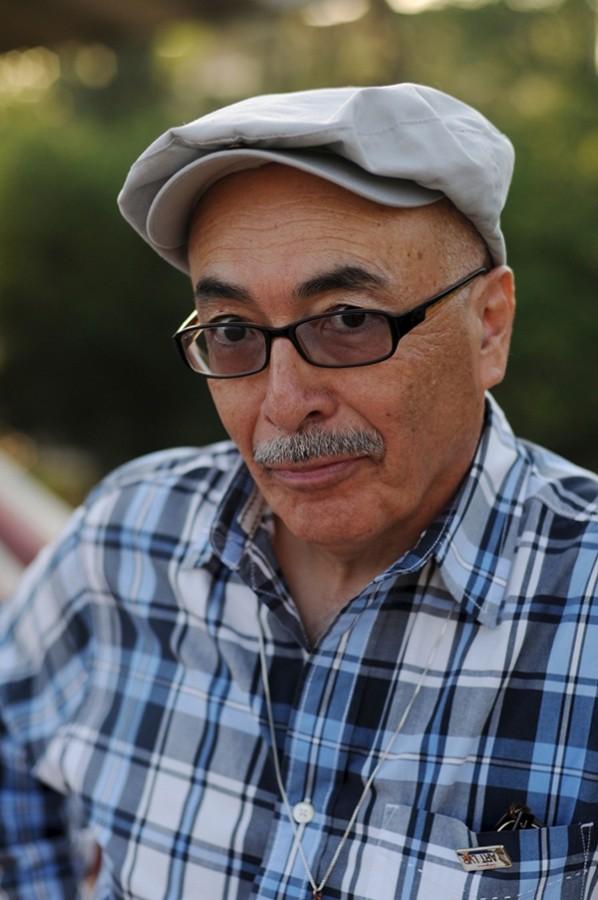 San Diego State and the Department of Dual Language and English Learner Education host its second annual Voice Your Language forum from 9 a.m. to 12 p.m. on Feb. 12 in Montezuma Hall.

The forum is a free event for all community members interested in education and language.

The event will feature keynote speaker Juan Felipe Herrera, the first Mexican-American U.S. poet laureate, who will give a motivational talk about his life and his work as a poet. A handful of his books will be on sale at the event, and he will be holding a book signing at the end of the event.

In addition, a panel of educators, administrators and students will share about themselves and their work in San Diego County and then they will have a community dialogue where audience members can interact with those educators.

It will be facilitated by Herrera and retired SDSU professor Alberto Ochoa.

Students from the dual language and English-learner education department wrote a proposal to receive funding from the student success fee to make this event possible.

The event is designed to educate attendees on the importance of dual language programs in schools, which is an especially timely issue because of the upcoming California Multilingual Education Act — a Senate bill with a goal to allow schools to provide more bilingual and multilingual services — which will be on the ballot this November.

“The Voice Your Language forum is really an opportunity for community members, students and local educators to get together and say, ‘What can we do that will make students have an opportunity to express themselves in the languages that they speak, whether they’re in bilingual/multilingual programs or not?’” dual language and English-learner education assistant professor Sera Hernandez said.

Raised in Barrio Logan, keynote speaker Herrera went from being the son of migrant farm workers to the first Mexican-American U.S. poet laureate. His speech at the event will touch on some of the challenges language-learners face in America.

“I think many of our students in our community will be able to relate to Juan Felipe Herrera and his experiences and will hopefully feel empowered to voice their language — to express themselves in whatever language in their writing and speaking,” Hernandez said.

While the event plans for surprise guests, Herrera’s speech and the community dialogue will be the highlights of the forum.

“I hope that, overall, students here at SDSU have an opportunity to hear Juan Felipe Herrera speak, that they feel inspired and that they leave having answers and even more questions — you know, really feeling inspired to think more deeply about some of the issues around multilingual education and some of the issues that our language learners face,” Hernandez said.

The overall goal of this event is to create a sense of acceptance for multilingualism in San Diego and, eventually, the nation.

“I would like to see a wider acceptance of multilingualism, especially since the United States is one of the few  (developed) countries that doesn’t encourage multilingualism in its schools as much as other countries,” said Priscilla Gomez, co-chair of the Voice Your Language forum and SDSU social science graduate. “I think it’s going to increase inclusion for everyone and also make Americans more globally diverse.”

The forum will be an open space for anyone in the San Diego community who wants to further educate themselves on the problems and issues of dual-language education in the nation.

“We’re really hoping for this to be an inclusive event and an event where people can ask questions, because I think there’s a lot of misinformation out there about what a quality education for our dual-language English learners looks like,” Hernandez said. “We want to have a space where those people feel like they can ask those questions and get answers from the experts who are doing the work.”