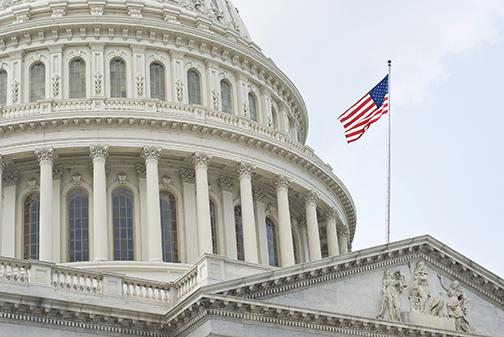 The 2016 presidential election is quickly approaching, and San Diego State students of all political leanings are bringing their ideas to campus.

“Politics affects every single one of us,” said Zach Bunshaft, president of the College Democrats. “If you don’t get involved, it might not affect you the way you want it to.”

Bunshaft said his group aims to create a safe environment where students can freely voice their opinions. Part of the club’s activities include attending public meetings to learn more about local, county and state candidates.

“It’s not about building these barriers of us against them,” Meram said. “It’s about exchanging ideas. It doesn’t have to be as hateful as the national political field.”

Through those efforts, they attempt to disperse a major message.

“People would be a lot more lenient toward Republicans if we consistently stayed fiscally conservative and socially moderate,” Dennison said. “That’s a strong principle and a change we need to make.”

On the newer side of political organizations at SDSU is Aztecs for Bernie Sanders, which was formed early last semester by junior Sofia Hughes.

Sanders is gaining popularity among young voters, as evidenced by his win  in New Hampshire, where he received 83 percent of the votes among 18-29 year olds.

One of the crucial reasons for this is his plan to lower the costs of tuition.

“What we see is kind of a desolate future of just debt, work and moving away from the American dream,” Hughes said. “His message appeals because it’s about us. That’s Bernie’s revolution.”

The biggest endeavor that Aztecs for Sanders is focusing on now is phone banking. It’s a way for them to spread the message and convince voters that Sanders is an electable candidate.

The club is also planning on making a trip to Las Vegas Feb. 18-20 to canvass for Sanders.

“It’s just natural for people to root for Bernie,” said Connor Sperling, treasurer of Aztecs for Sanders. “He really speaks for the people, and it makes sense that there’s a bigger population here supporting him.”

Despite opposing political views, Republicans and Democrats on campus agree on one issue.

Representatives from both groups said they would like to see more voter turnout among young adults. They also encouraged students on campus to start their own clubs for other candidates if they are passionate and want to make a difference.

Currently, there is an SDSU Students for Trump club, though they did not respond to requests for comment.

College Democrats will have Nora Vargas, the vice president of community and government relations for Planned Parenthood, visiting to talk about the challenges facing women’s health in the U.S. on Friday, Feb. 12, at 5 p.m. at the Hillel Center.

Aztecs for Sanders will be talking about phone banking on Friday, Feb. 12,  at 2:45 p.m. by the turtle pond, and the College Republicans’ next meeting will be on Feb. 22 where they plan to talk about their next tabling event.

“It’s definitely hard to be a young activist because we are still learning,” Dennison said. “But if you’re passionate about something, Democrat or Republican, it’s definitely key to stay active, and at the very least, vote.”